“If it’s not in the Yoga Sutras, it’s NOT yoga!” and other things to sigh about 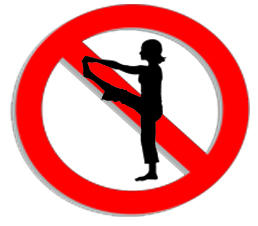 A number of years ago, while I was taking a yoga for seniors workshop, the conversation turned philosophical. A student asked, “If yoga means ‘union’ then why does the Yoga Sutras define yoga as ‘stopping the fluctuations of the mind?’”

Before the presenter could answer, another student jumped up, thrust her hand out in a “stop” mudra and announced, “If it’s not in the Yoga Sutras, it’s NOT yoga!”

Besides the fact that her response side-stepped the problem that asanas are not detailed in the Yoga Sutras, (even though that’s mostly what we do in yoga workshops), the other issue here is that the Yoga Sutras, while an important text, is not the only traditional yoga text.

Yoga is a wide and varied tradition. And there are plenty of places where yoga does mean union, including the Hatha Yoga tradition.

The Yoga Sutras is just one in an array of texts which have defined yoga in many different ways. Yes, it’s one of the 6 classical Indian darshans or orthodox systems and it really is better understood in the context of the Śruti, which is the body of classical, ancient religious texts from India, so it’s certainly an important text – but it’s not the only one. 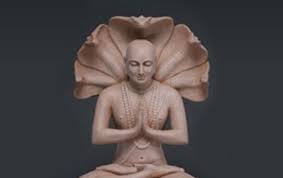 Here’s a list I found somewhere in the ethers a long time ago, which really only scratches the surface of possible definitions:

Even within the Bhagavad Gita there are so many different definitions of yoga that according to religious scholar Huston Smith, “it leaves readers of every spiritual temperament with the impression that the book was written especially for them.”

Most Sanskrit words have numerous meanings – often wildly different. In this online Sanskrit Dictionary, I typed “yoga” and here’s what happened: In addition to “union,” yoga, can mean “construction”, “spy”, “vehicle”, “fraud”, “occasion”, “deceit”, “property” and about 40 other things. Of course you have to look at Sanskrit words in context, still “yoga” is rather plastic.

While today’s yoga world gets caught up in which style of yoga asana practice is best, traditionally there has been plenty of debate as to what yoga is, what the goal is, and what an appropriate yoga practice looks like.

So, does that mean that all yoga is equal?

I don’t think so.

I think westerners have to be careful about cultural appropriation, source amnesia, and wacky, sexual, or dangerous innovation – especially when the knowledge base is nascent and/or superficial. Working in healthcare, I’ve notice a trend that medical people can suddenly become mind-body experts because yoga, well, that’s not rocket science. So Andrew Weil can prescribe ratio breathing and anyone else with an MD behind their name can craft themselves as a yoga expert with little or no training or experience.

But actually, yoga is rocket science in a way. When you really get into the texts and the tradition, well, it will take the rest of your life to even make a dent in all there is to know about it.

But that doesn’t mean you have to know everything either. There’s tremendous value in teaching people these perennial, life-affirming practices at any level. Still, let’s have some respect for the tradition and a commitment to expanding our learning. It makes sense to spend some time getting into yoga history and meditating on our own role in the evolving practice.

Clearly people need different yoga approaches at different times in their lives. And the fact that we have so many different choices of yoga in the west is wonderful, but it can also be confusing.

So here are some questions to consider:

Got any other questions you would add to this list? Please leave them in the comments below.

After I published this blog a few days ago, someone asked me on FB if I had any thoughts about what will be lasting. Here’s my answer:

Check out my latest YouTube class, Subtle® Yoga for Greater Nervous System Resilience and Brain Function. And here’s a script and stick figure cheat sheet that goes with it. Let me know what you think!