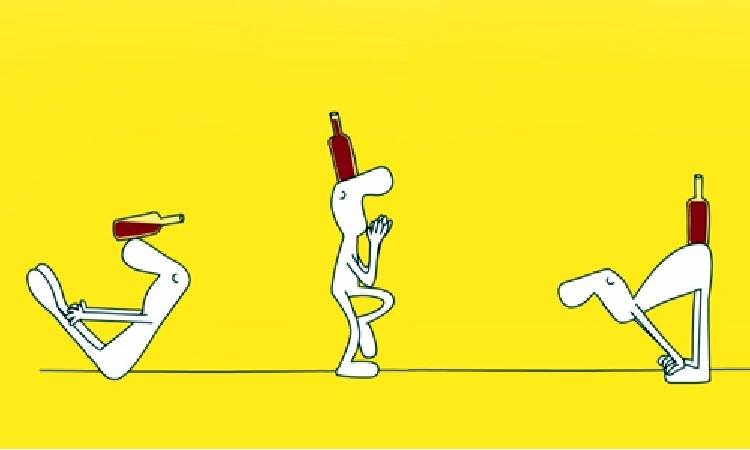 It was eight or 10 years ago when I first saw a “Yoga and Wine” workshop advertised. My eyebrows climbed halfway up my forehead and a very un-yogic phrase beginning with “what the” ejected itself from my mouth.

I had been presenting workshops at MAHEC (a continuing ed training center for healthcare professionals here in Asheville), teaching yoga practices to clinicians to support folks who are struggling with mental health and/or addiction challenges, and interest was slowly growing. 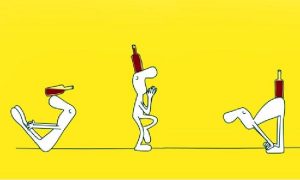 But how was I supposed to get yoga taken seriously with this sort of stuff going on?

The yoga and wine craze just kept getting crazier. And then other substances hopped on the crazy train too. Yoga teachers began holding workshops in breweries (brewga), and “420 yoga” became a thing. Lots of studios…ahem…experimented.

One teacher told me that yogis have always used substances so it was just another version of the tradition.

True some ascetics in India, living in caves or ashrams, perhaps covered in ashes, dreadlocked and loinclothed, have traditionally practiced highly ritualized, contextualized use of substances, as part of their completely-committed-to-self-realization lifestyles.

I’m not sure that toking up before, or sipping Chardonnay after, a vinyasa workout falls into the same category.

(And, to be fair, during my travels in India I also met more than one sadhu stoner, more interested in the ganja then the Ganges – I mean humans have always liked to alter their minds.)

I get it, substances are an accepted, and promoted, fact of life in many cultures.

It’s really hard to make it as a yoga studio. High rents, lots of competition, hard to get folks to commit. Studio owners need to bring people in to survive – and substances bring people in. Done tastefully, these workshops can create feelings of connection and community. Also, it’s important to realize that use and abuse are different things. The focus is not about getting wasted, but rather promoting a social, relaxing atmosphere.

Still, I think there are some things to take into consideration including: Is a liquor licensed required to serve whatever substance and if so, do you have one? What about liability insurance – someone gets in a car after a couple of glasses of wine and has an accident? Even for a BYO, are you liable should any mishaps occur?

Frankly, as someone who has worked with many people in recovery from addiction, I think the yoga + substances trend is a problem. I moved to little hippie-town Asheville 20 years ago when it was full of crystal shops, drum circles, and you couldn’t throw a massage therapist without hitting an astrologer.

Now the landscape is covered in micro-breweries, wine bars, and pub-cycle tours… and, ironically but unsurprisingly, there are lots of treatment centers here.

And when someone gets out of rehab, it’s really hard to stay sober anyway, but that much harder in a town that so loves to party.

Substance-free yoga studios can be a refuge for people in recovery – one of a very few public places where you don’t have to worry about feeling triggered and fighting urges to use.

Perhaps it’s useful to consider why you teach yoga, what is the point? It could be argued that yoga practice is about the expansion of consciousness – does serving alcohol or promoting marijuana use achieve that desired effect? Are the repercussions of such events worthy of some ethical rumination? Are they non-harmful?  How do they serve students? I’m not saying there is one clear-cut answer here, but perhaps it’s worth thinking about.

Yoga has become a business and I think teaching yoga is a noble (though often challenging) profession. And, I would suggest, that perhaps there are more creative ways of staying in business than bringing substances to the studio.