Yoga Helped This Depressed Deadhead (New Research on How)

As much fun as I had going to Grateful Dead shows in California in the late 80s and early 90s, I can’t say it did much for my depression or eating disorders. Still, I was hoping to find something in the alternative culture of the San Francisco Bay Area that could help me. So, in addition to my weekends with Jerry Garcia, I also spent a lot of time studying yoga and bodywork and immersing myself in alternative healing. 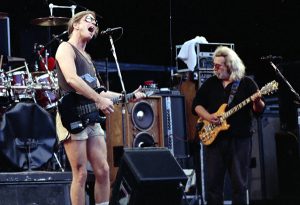 Which then sent me off to Asia for 4 years. When I got back to the states, I was an avid yoga practitioner and I felt ready to share what I’d learned. I wanted my work to be taken seriously, but there was very little scientific evidence and yoga was beginning its ascent as a fitness trend, not a first-line therapy for depression.

But things have changed in the past couple of decades.

Thanks to people like Chris Streeter, a researcher at Boston University – who deserves a huge rockstar round of applause for her latest study, published in the most recent issue of Neuropsychiatry.

Streeter and her team are lending some serious scientific clout (of the Boston University, Harvard, and Columbia variety) to these practices. Yes, I realize that if you love yoga you don’t need convincing, but there are lots of people who still don’t get it (remember that fruitless Thanksgiving conversation with your drunk uncle?).

So, I thought I’d break down the article a bit here.

I think the most exciting finding from this study, Effects of Yoga on Thalamic Gamma-Aminobutyric Acid, Mood and Depression: Analysis of Two Randomized Controlled Trials, is that Streeter identifies a mechanism by which yoga improves Major Depressive Disorder (MDD). She calls it “The Vagal GABA theory.” Essentially, she postulates that specific yoga postures and breathing practices both stimulate the vagus nerve and increase GABA. GABA is the brain’s chief inhibitory neurotransmitter, which means it has a calming effect on the system. 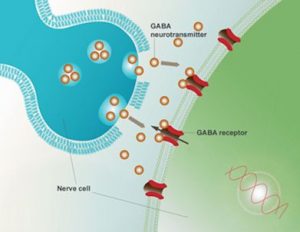 People with MDD (which may include both depression and anxiety symptoms) often have lower than normal levels of GABA and the Parasympathetic Nervous system (which is responsible for the relaxation response), is typically dysfunctional. Streeter’s research demonstrates that a specific yoga protocol helped to both improve GABA levels and create better Autonomic Nervous System balance, via improved function of the vagus nerve. 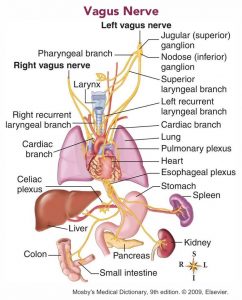 The second piece of this study that really caught my eye is that the authors write that yoga (not all yoga, just the specific postures and breathing practices they tested) can be considered a “monotherapy” for anxiety and depression in MDD. A monotherapy is psychiatric speak for using a single drug to treat a particular disorder or disease. In this case, the “drug” is yoga. 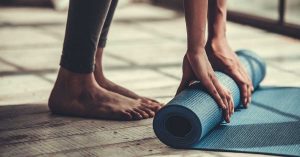 One that may raise some psychiatric eyebrows, or make yogis like me who’ve long self-medicated with yoga, cheer.

The yoga protocols, unsurprisingly, included back bends, inversions (which the Krishnamacharya yoga tradition has recommended for creating a Brmhana, or energizing effect, on the nervous system) and śavasana. So okay, none of this is surprising for many yogis, but it’s groundbreaking coming from the medical community.

Something to think about – Depression is the single greatest burden of disease according to the WHO and Streeter’s study may help open the door to yoga being considered a first-line treatment.

I don’t think it’s unrealistic to envision a day in the near future when SAMHSA’s (Substance Abuse and Mental Health Services Administration) National Registry of Evidence-based Programs and Practices (NREPP) includes some yoga therapies. I think that day will be here sooner than we think. 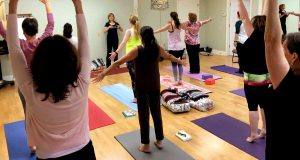 I’ll be talking more about this article in my live stream tomorrow. You can join me here at 12 noon EST.

And if you would like to dive deeper into the science behind these practices and have not yet done so, I recommend my short course, The Science of Slow.