Last night in one of my mentorship groups, one of the folks from Australia told us that the wait list for getting mental health care in his part of the country is 15 months long. 15 months?! Yeesh. I hope you don’t have to wait that long if you break your arm. Clearly the system is overwhelmed.

While we were talking, I got a text. A friend from California reached out to ask if we could talk, she just found out someone she worked with had killed himself. Awful.

A little earlier, my husband came home from a long day seeing clients in his therapy practice, plunked down at the kitchen table and said, “I feel so bad that I have to keep turning people away – I just don’t have any more slots in my schedule.” 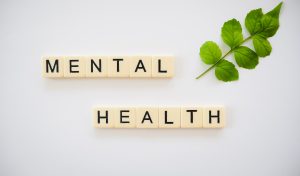 Sometimes, it’s hard to remember that mental health was in crisis even before the pandemic began. 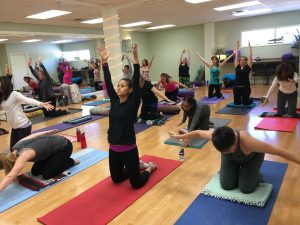 An important piece here is agency. When people have a sense of agency, a sense that they have some control over their emotions and their lives, they are better able to regulate their nervous systems and have better mental health. 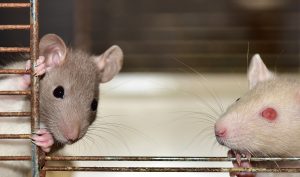 Rat number one had plenty of agency, rat number two had none. Having a sense that you are in control of at least some parts of your life makes a huge difference in your mental health.

Another key factor is predictability.

When you know something is going to be stressful, you can prepare for it. But when you know a stressor is inevitable but don’t know exactly when it will come, your stress system stays on high alert (like the poor forced exercise rat’s).

Australians (particularly those in Victoria) have had numerous shut downs during the pandemic over which they’ve had no control and no predictability. (Please note I’m writing about this from a scientific perspective not a political one, I understand the rationale for pandemic shutdowns. Nevertheless, the mental health fallout is real and should be addressed.) 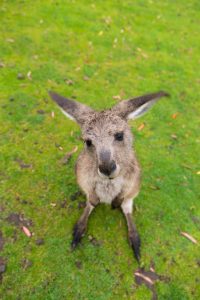 But agency and predictability are not the only important factors in mental health for humans. Because humans aren’t rats (mostly).

When humans have a sense of meaning and purpose, they are better able to manage their stress.

In 2007, one of Google’s lead engineers, Chade-Meng Tan wanted to create a program for employee wellness. So, he developed a stress reduction course and invited employees to gather and listen to interesting talks to help them improve their mental health. 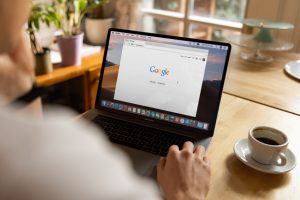 Turns out that high functioning people rather like their stress – it helps them to get things done and they are good at managing it.

So, Tan changed the name of the course to “Search Inside Yourself” and it quickly became a huge hit.

I find the term “Search Inside Yourself” weirdly and almost tragically ironic coming from Google, which has evolved a singular tool that does exactly the opposite by enticing people out of themselves with instant access to every single ragged little iota of information under the sun that you could ever possibly desire.

But even the god-men at Google know that an essential component of being human is our need for the tools, space, and time to look within.

Yoga practice actually does give folks the opportunity to develop the skill to look within, and to eventually, possibly, find a sense of meaning and purpose there.

It’s that basic. And while many people are told by society, their families, or the culture who they should be, most people are never taught how to figure out who they truly are. 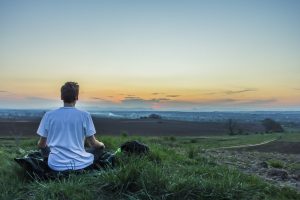 But that’s what yoga is all about.

And there couldn’t be a more important task at this moment in history than figuring out who you are so you can know what to do.

Yes, yoga can help folks reduce stress which can benefit mental health, and that’s great, but there’s so much more going on in terms of the mechanisms of yoga’s benefits. Yoga can help people develop a sense of agency as well as to develop psychological flexibility – the capacity to go with the flow when its impossible to predict stressors (like during pandemic shutdowns).

But perhaps even more importantly yoga helps people look inside themselves and develop a stronger sense of meaning and purpose. 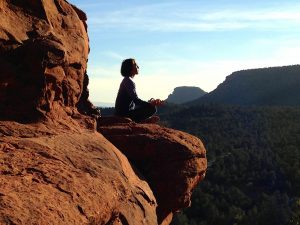 When I think about all the folks I know who are out there teaching yoga right now, it makes me a little misty. All of you who are slogging away at it during this pandemic. What you do is so meaningful and so important.

You are providing something unique and precious – a deep connection, tools to help folks look inside themselves and develop a sense of meaning and purpose, which may help them not only shore up and protect their mental health during these difficult times, but also figure out who they are and what they should do.

Be vigilant about taking care of yourself right now. Your work is important and you gotta keep doing it, so walk your talk.

I have a retreat coming up October 2-3 called Teaching the Neuroscience of Yoga and I’d love you to join me (I offer live online retreats twice a year).

NOTAFLOF. If you need a scholarship, just reach out to us – support@subtleyoga.com.