It was 2003, right after the U.S. invaded Iraq. A student came up to me after class to talk.

“Both of my boys were deployed,” she said sadly with a sigh. “And this class was exactly what I needed. I feel so much more relaxed. Thank you SO much.”

“It must be really hard for you as a mom of soldiers. . .” I responded. And before I even realized it, the words “especially for such a pointless war” unfortunately tumbled out of my mouth. 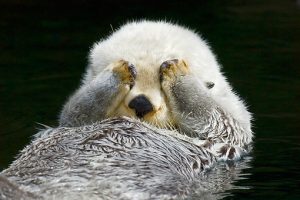 At that her jaw and fists clenched and her eyes narrowed.

“What?!” she spat at me through her teeth. “It’s not a pointless war! My sons are patriots serving their country!!” With that she turned on her heels and marched out of the room. I got served humble pie and she never came to class again. 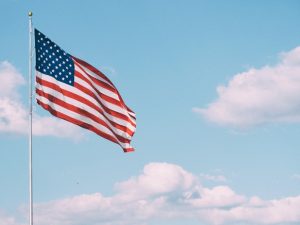 Last time I checked, my job description as a yoga teacher did not include foisting my political opinions on my students. Clearly I needed a lesson in keeping my mouth shut.

Don’t get me wrong, politics affect people’s lives in some very personal and difficult ways – I’m not talking about not being political – I’m talking about keeping it out of the yoga class experience.

My husband is a psychotherapist. After Trump won the election, the chief complaint of his clients became anxiety, particularly for women who had a history of sexual assault. They didn’t feel safe and were worried that Trump’s policies would put them at risk. In those first few days, my husband’s phone was inundated with texts and voice messages from people desperate for help and reassurance.

I heard similar concerns from my students – but not all of them. Some were quite hopeful and encouraged. My husband works with individuals, I work more with groups. While it may be fine to listen to student’s complaints one-on-one, before or after class, it was super clear to me that I would not be broaching the election subject – I would simply continue to lead my classes. 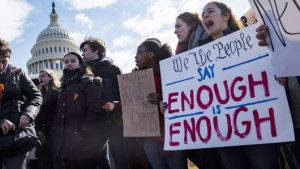 As a yoga teacher, it’s okay (in fact I think it’s important) to be up on the news, to have political opinions, to share those opinions with friends and family (if you really want to), to post them on your “friends only” Facebook page (if you like), to attend rallies, write emails, make phone calls, and/or whatever else you want to do.

However, when I’m teaching, my job is to help people learn to become better friends with their bodies and to encourage feelings of compassion, acceptance and gratitude. My job is to help my students regulate their nervous system and optimize the function of their brain, to help them improve the function of their respiratory musculature/apparatus, to contemplate and operationalize their ethics, and perhaps to develop a better relationship with their higher power – all of that is hard enough without feeling called to provide political commentary as well!

Success for me as a teacher is in helping my students access the tools they need to feel grounded and centered. Then, if they choose, they can take right action from that place of empowerment and inner knowing. 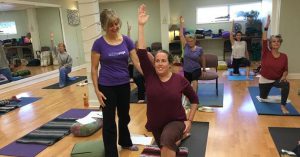 If I can help people self-regulate and internalize their locus of control, then I’ve done my job.

Who knows, perhaps if I had listened better and given the military mom more space to allow the practices to work, she may have taken all sorts of action to diminish the conflicts (within herself and the world) and it’s a shame that I missed that opportunity. But I try to learn from mistakes. I realized she has just as much a right to enjoy yoga as anyone else without feeling shamed or excluded – and talking politics will always make some folks feel that way.

Yoga practices can help release intrinsic holding patterns in the body – patterns that are not simply physical, but are psycho-emotional – somatic patterns that tend to ensnare narrow beliefs about self, others, and the world in general.

My job is helping my students to disentangle those patterns.

And if that is a political or even a subversive act. . . then let it be so.