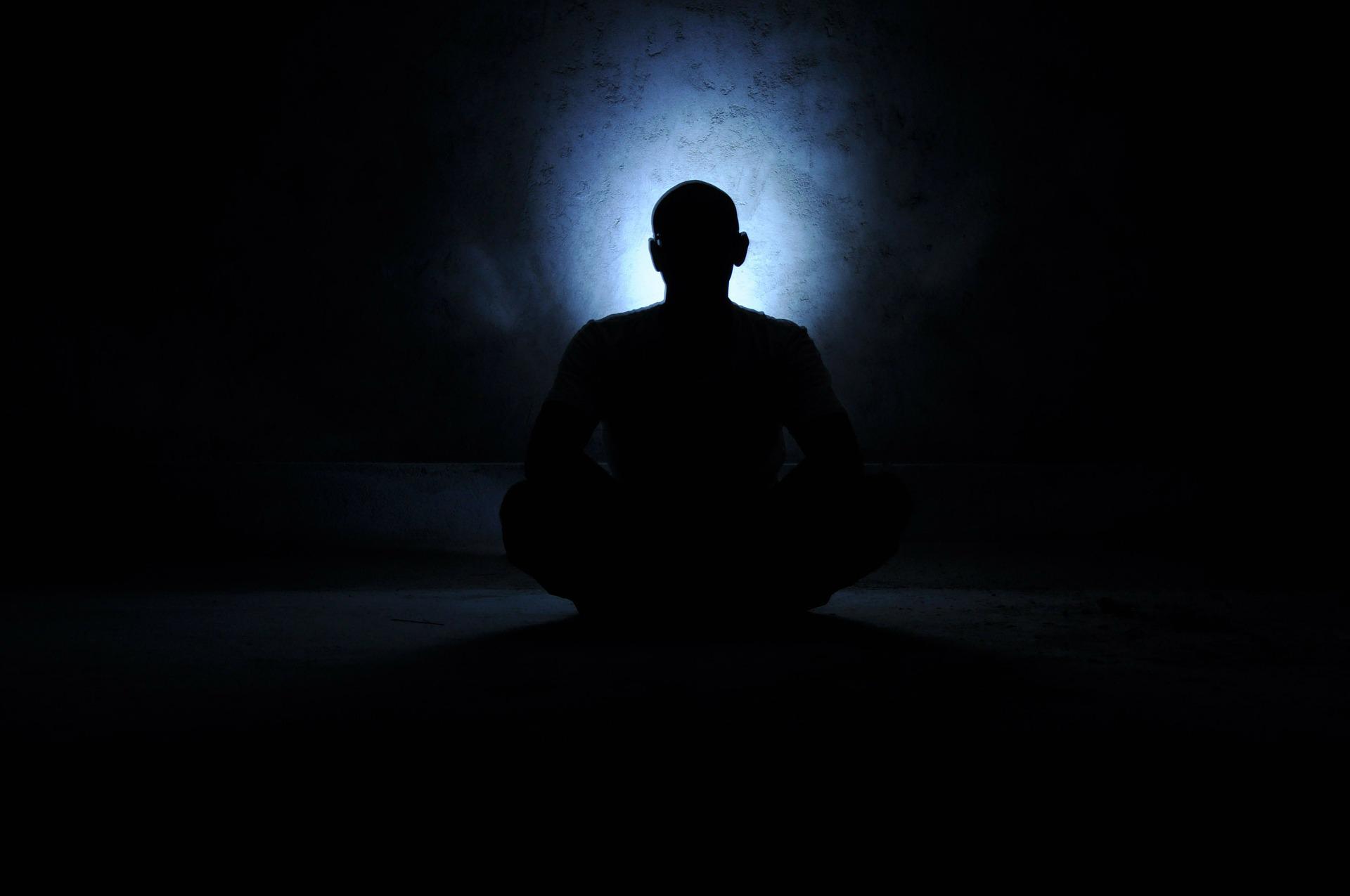 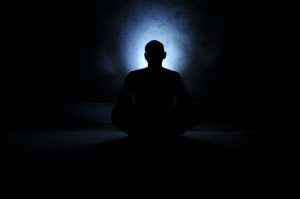 So, one thing I’ve been paying attention to recently is that there are a couple of different groups critiquing yoga in the west at the moment. On one side there’s the anti-guru camp who argue that the position of guru is defective and harmful – inherently fraught with abuse of power.

These folks use the documented abuse (sexual, psychological, physical, and financial) by gurus as the foundation for their arguments. And their complaints are certainly legitimate – many famous spiritual teachers from India have been accused of rape, money laundering, sending kids off to unregulated and abusive ashram “schools”, forcing marriages, spewing homophobic rhetoric – the list goes on.

But let’s remember that cult-y behavior and brainwashing are not the exclusive domain of Indians-in-the-west-turned-guru. Cults go way back in western culture (like way before Jim Jones) and typically were confined to Christian orientations before the 1960s (after the 60s revolution sham gurus were free to come in any variety).

Abusive cult leaders are by nature charismatic and surround themselves with protectors who enable, excuse, and cover-up. Cults are everywhere of course, but they somehow have shined most blindingly in the Americas. Still, not all gurus are cult leaders.

Before the days of social media’s instant karma, the transgressions of charlatan spiritual teachers were easy to cover up. In the late twentieth century, scandals involving Amrit Desai, Osho, and Satchidananda (to name a few) began to emerge. These guys certainly had charisma, spiritual chutzpah, and interesting things to say, but they were moths to their own irresistible flames.

Fast forward to the digital age, and today it’s much harder to get away with nonsense. Today, westerners who don’t use Google to vet potential spiritual teachers are not to be blamed, but they clearly lack basic research skills.

And, in the yoga world, abusive teachers have not been limited to Indian men. Since John Friend’s Anusara-gate broke about 10 years ago, every few months another famous yoga teacher seems to bite the dust.

IMHO spiritual abuse is the most egregious kind. When you monopolize and exploit someone’s belief system, and then your house of cards comes tumbling down, you shatter worldviews and saddle followers with years of pain to unravel including deep scars in the spiritual heart – not to mention the therapy bills.

Still, there’s nothing inherently evil in the concept of guru. Rather, folks with deep narcissist wounds co-opting the term have poisoned it. In Sanskrit, the word guru means “the one who removes the veils of darkness and ignorance.” A guru is a mentor, guide, master, or expert. A real guru is anything but an inherently evil, abusive con-person. A legitimate guru is self-possessed, caring, wise, insightful and humble. 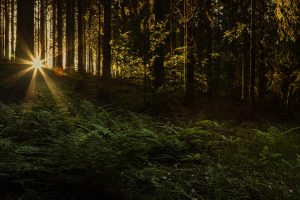 India has a long tradition of supporting and venerating people who demonstrate deep, inner wisdom and offer clarity, guidance, and spiritual insight. But many westerners, transfixed by Indian mysticism and unfamiliar with Indian culture, have been duped by hustlers posing as gurus – and some of these guys who’ve come to the west would be either ignored completely, or laughed right off their pillowed podiums in India.

I was brought up Catholic. When I was a kid, we had a family friend named Father Marcellus, a Franciscan who my father met at some church function. He was a sweet guy who liked feeding ducks and playing basketball and taught my family how to have a Jewish seder, because, he said, Jesus was a Jew and we should follow his example.

My mother never left any of us alone with him, not because she suspected anything, just because she was careful. Father Marcellus never abused us or demanded money. He was a good guy. My parents consulted him with spiritual questions, and he cared deeply for us as a family – you could say he was kind of like our family’s guru. 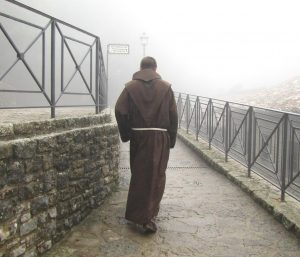 What about Cultural Appropriation

Not all gurus are bad, but westerners not putting much effort into understanding Indian culture doesn’t help. Which brings me to the other group currently critiquing yoga in the west – folks who are trying to raise awareness about cultural appropriation. These people have given voice to the dismay, sadness, and anger incurred by watching western people distort, fitness-ify, and monetize yoga.

All you have to do is look at trends like “Buti Yoga” which defines itself as “Primal movement, cardio dance + conditioning…seamlessly woven throughout balanced yoga sequencing to give you an ALL-IN-ONE workout that helps you transform your BODY + SOUL. The Bonus? You’ll burn 600-1000 calories per class doing it” to understand their point.

Cultural appropriation is common in the west in general, not just in the yoga world. There’s a local brewery here in Asheville that serves Dancing “Shiva” Beer. As someone who’s developed reverence for Shiva’s teachings over the years, I have to say, that name makes me cringe. And I can’t help but wonder how a beer called “Christ Crucified on the Cross” would go over here in the south? 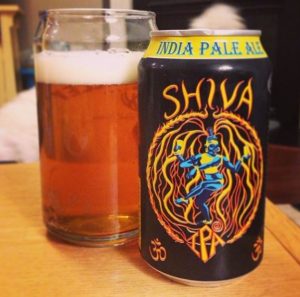 Or, would Catholics take offense to a fitness-y yoga class called “Genuflecting Sign of the Cross Power Burn Yoga”? (of course afterwards you can indulge in some of that tasty Christ beer guilt free!)

Yoga practitioners in the west (and westerner beer makers) would be wise to educate themselves about what cultural appropriate is and what they can do to develop greater respect for Indian culture.

Back to gurus – one of the arguments from the anti-cultural appropriation folks is that if you are a westerner and you are going to teach yoga, you’d better have a Parampara (lineage) with a guru.

So, on the one hand, we have one vocal group telling us to avoid gurus, and another vocal group saying that we must have a guru.

Both the anti-guru camp and the anti-cultural appropriation/pro-guru camp are sharing important perspectives and these issues deserve attention.

Westerners’ unfortunate experiences do not discount the foundational concept of guru and gurukula (the tradition of studying with a guru). There are plenty of serious gurus in India who have no interest in setting up shop in a western country to swindle or abuse their followers. The scandals make me wonder about the motivation of self-proclaimed gurus that want to come to the west in the first place (which, BTW, doesn’t mean there aren’t plenty of scammers in India too).

Yes, there is abusive potential in a guru, but that potential also exists in every other kind of spiritual advisor. And the solution will never be to do away with spirituality completely. Many human beings desire deep spiritual connection, and they often seek out help in that pursuit, that’s not going away. Humans also often long for deep spiritual experiences and yoga is an effective vehicle. It also can help folks develop greater mental/emotional clarity and discernment.

While a westerner may or may not have a lineage, no one can police the deep, inner experiences that folks have with yoga practices – regardless of any nationalistic ownership claims.

Additionally, anyone who says they own yoga exclusively is mired in divisive thinking that otherizes and excludes sincere seekers from different cultures. Yoga is a demonstrably universal approach to spirituality which unveils the reality that we are all one human family and everyone on this planet deserves love, respect, and access to these transformational teachings. 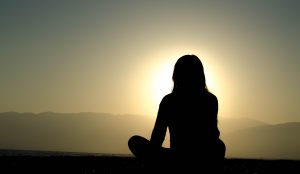 Westerners live in an era where people can often choose their own spiritual path. That is not a luxury afforded to everyone everywhere in the world. It is a tremendous freedom – and I think it’s essential to cultivate respect for and appreciation of Indian culture if westerners wish to embrace a yoga path.

So here are some questions I’m pondering:

I’d love to hear your thoughts.