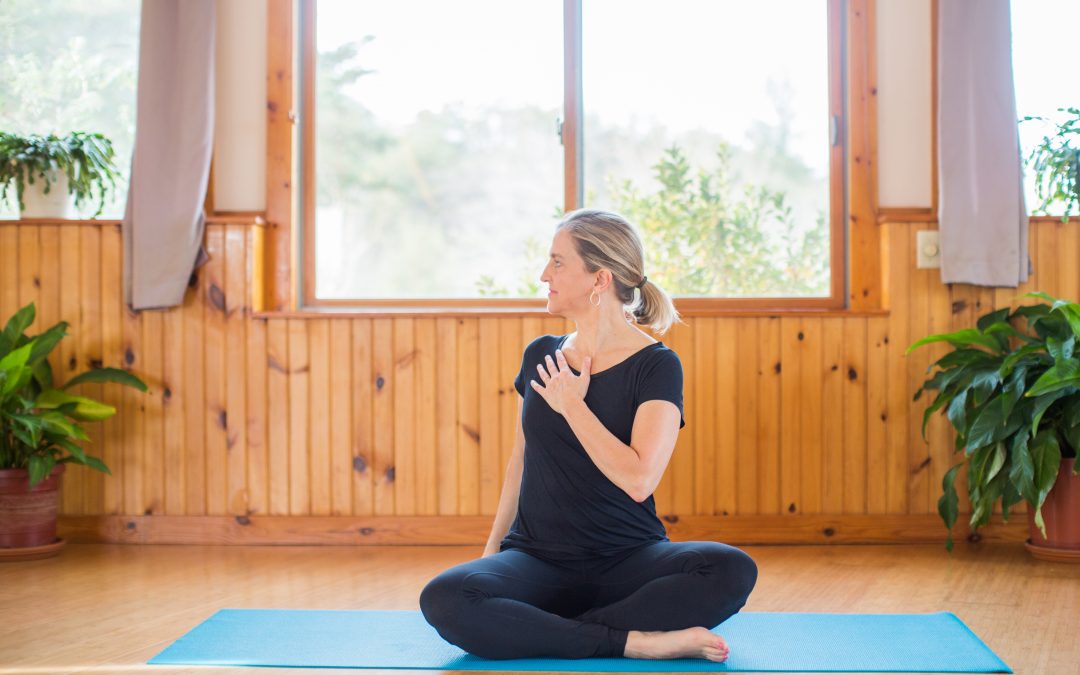 (Missed Part 1? Check it out here)

It’s 1989, I’m 23, and my new (super cool hippie) friend insists I come with her to see the Grateful Dead at the Greek Theatre in Berkeley. I feel like I’ve been wormholed back to the 60s. People are swaying and twirling and fluidly moving around in all sorts of groovy ways.

It feels good and no one else seems embarrassed so why not? For the next two years I spend many weekends with the Dead doing weird hippie dancing (which in retrospect contained a lot of cross crawl movements) and occasionally experimenting (à la Michael Pollan) with altered states of consciousness. 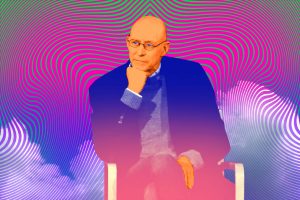 During that time, I’m working as a reporter in San Francisco and saving money so I can travel in Asia – eventually I get there.

I wander into a monastery in Kathmandu. Maroon robed, shaved monks are chanting in long rows. Incense snakes up through the air and mixes with sun beams, prism-ing in through the windows, illuminating vibrating dust particles that seem to twirl to the rhythm of the droning mantras. 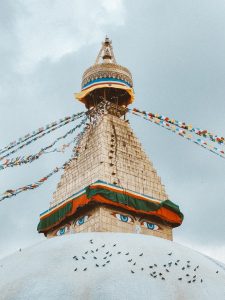 I sit in the back near the door with my friend. Awkward tourists, we try to remain unnoticed because we’re not quite sure we’re even supposed to be there. But no one seems to mind and after a while my body starts to rock side to side, almost imperceptibly, to the beat of the chanting. The hypnotic rhythm washes over me and does something unusual (and slightly intoxicating) to my nervous system.

A few months later I find myself smashed in the middle of a large group of Indian women at a huge kirtan gathering at an ashram in Kolkata, swaying feverishly back and forth. People are dancing and/or jumping a two-step with their arms in the air, singing at the top of their lungs. The tablas carve out an intricate, crazy-fast beat accompanying the repetitive tambura and harmonium. We sing and dance the same mantra over and over and over and I realized my body has sort of dissolved and all I can feel are my hands and feet, the rest seems to be hovering somewhere nearby.

Then the kirtan ends and everyone sits down for meditation. In the resonant aftereffect of the music and dance, I feel like I’m simply surfing gentle waves of stillness.

Andrew Newberg, neuroscientist and researcher at Jefferson University Hospital and author of Why God Won’t Go Away, writes, “Research reveals that repetitive rhythmic stimulation…can drive the limbic and autonomic systems, which may eventually alter some very fundamental aspects of the way the brain thinks, feels, and interprets reality.”

Back in the states, it occurs to me that U.S. culture has, for the most part, lost its communal, spiritually-oriented rhythm and sway – except for a few churches, primarily African American, who still remember the power in the combination of music + the two step (which is effectively, whole body bilateral stimulation).

In 1987, a therapist named Francine Shapiro recognized that her clients needed bilateral stimulation if they were going to be able to tolerate the integration of traumatic experiences. She created a therapy called EMDR (Eye Movement Desensitization and Reprocessing), which is based on remembering controlled doses of traumatic experiences while simultaneously engaging in bilateral stimulation – either with eyes, ears, or alternate hand tapping – in order to process and integrate those memories.

At first, it was such a weird idea to the mental health community (whose comfort zone didn’t extend very far beyond talk therapy at the time) that it took her years of research to get EMDR established as an evidence-based treatment.

Now it’s widely considered an important treatment for trauma. And I think one of the main reasons it works is that human beings are hardwired for resetting the nervous system (and building greater resilience) through repetitive, bilateral and cross crawl movements.

From a yoga philosophy perspective, you could say that the whole point of human existence is the journey toward realization of oneness – of the interconnectedness and interdependency of all things.

So perhaps human beings respond to rhythmic, bilateral and/or cross-crawl movements because the ida and piṅgala (the two energy channels that thread through the center of the chakras as they crisscross their way up the body, and form the template (or biofield) for the human physical structure) are forever seeking their union in the Suṣumnā or central channel.

Essentially, bilateral and cross-crawl movements create integration in the physical body, the brain, the mind, the subtle body, and the spirit – and integration is essential for overcoming traumas, making sense of our lives, finding a sense of meaning a purpose, and thriving.

Over the last 6 years or so I’ve been personally exploring and teaching a wide variety of cross crawl postures – with and without some accompanying sound/chanting – and I have to say, the integration is palpable. It’s like my whole nervous system lets go of its allostatic load and the very noisy monkey that’s usually thrashing around in my head finally takes a nap. A lot of my students really like it too. 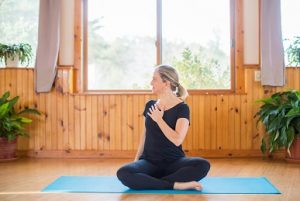 I’d love to hear what you think about these movements in practice! Please leave a comment. And, oh yeah, I didn’t get to stroke rehab research here – so that’ll be on my mind (and keyboard) next week!

And if you’d like a sample of a cross crawl oriented practice, please check out my free class, Subtle Yoga for Greater Nervous System Resilience and Brain Function.