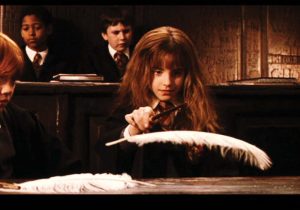 The first time I watched an annoyed Hermione Granger show Ron Weasley the proper way to activate the power of the Wingardium leviosa spell, it occurred to me that mantra occupied space in the western psyche long before the Beatles and Woody Allen made it a thing.

The old testament, medieval alchemy, and western occult practices describe and recommended incantation to shift reality – but today these practices have been largely relegated to the realm of children’s fiction – or, as long as they are surgically separated from scientific ways of knowing – acceptable in the prayer lane.

Yogis believed that the universe is an endless sea of vibration which emanates from a cosmic ocean of oneness and differentiates itself via the discretion of Prakriti – the force of nature. Vibrations are not only physical; they also permeate the mind field and subtly pulse through the spiritual realm. 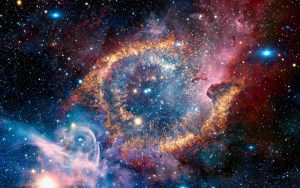 Everything that exists, physical and non-physical is composed of vibration – the Kashmiri Shaivists called this the doctrine of vibration or Spanda. Sound (nada) is the subtlest of all the vibrations and therefore offers the potential for the deepest change, healing, and transformation.

Which brings me to mantra, a word that means “a tool to liberate the mind.” 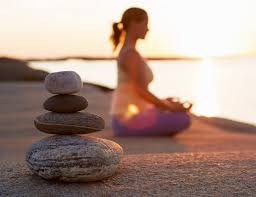 In the best of times, mantra is a powerful practice for maintaining inner peace and dealing with the ups and downs of life. But in challenging times, mantra becomes essential for both inner and outer fortitude, as well as emotional stability and overall resilience.

Once I heard a swami say that if all the meditating yogis came out of the Himalayas the world would fall into chaos. The idea is that powerful sound, intention, and commitment to practice hold the world together – but you don’t have to be tucked away in a cave to contribute. 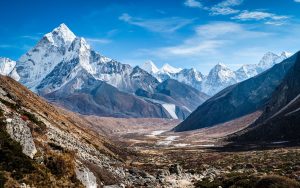 Mantras are creative forces, vibrated sound waves, algorithms of meaning and potential, that act directly upon consciousness.  Mantras hold the highest of intentions – beyond gratitude, kindness, or even compassion, they make manifest the intention of undisturbed Oneness.

Mantras can be silent, spoken, chanted or sung, and there are lots of them.

In the Mahanirvana Tantra Parvati says to Shiva, “O Beloved, your mantras are countless!”…Ooh la la. 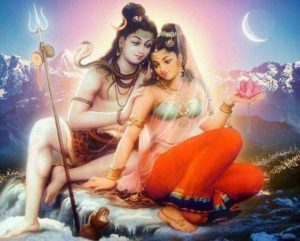 As You Think, so You Become

A saying from the Upanisads, “Yad Bhavam tad bhavati” (as you think, so you become) sums up the importance of mantra practice. The content of the mind, essentially, influences reality and even, at often weird and unknowable moments, coalesces itself  into manifestation.

In other words, if you are overwhelmed with anxious, fearful, or catastrophic thoughts, you begin to see danger everywhere. So, getting a handle on the monkey mind is a matter of survival. 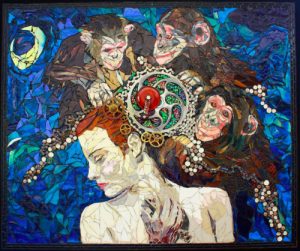 Mantra, with its cosmic intention, is something like quantum physics grafted onto cognitive behavioral therapy.

Mind influences matter, the idea behind mantra, is corroborated by quantum physics. Physicist Pascual Jordan said, “observations not only disturb what has to be measured, they produce it… We compel [a quantum particle] to assume a definite position…we ourselves produce the results of measurements.”

(But I’ll refrain from any further discussion of quantum physics since I only know enough to be dangerous… although not in a nuclear way.)

So, where is your mind? How do you change it when it is catching the hysteria vibe and wondering off to cray-cray land? Where do you want it to be? What do you want to do with the potential power of your mind? These are questions that can be addressed through mantra.

Sometimes folks ask me if you have to use Sanskrit for mantras – why not use English? 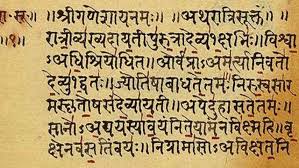 English mantras are fine and I think it’s important to use a sound/word that really appeals to you. If it doesn’t, it will lack potency. Like Ron Weasley, you’ll be flummoxed trying to lift even a feather off of your mind let alone the spectacular myriad of heaviness inherent in life on earth right now.

Nevertheless, the power of Sanskrit is something to consider. It’s a liturgical language – meant to convey spiritual truths. English is nice for nuance and describing stuff (and for doing business of course) but it was not created with the same intention as Sanskrit, Latin, Hebrew, etc. – languages that were specifically crafted with the spiritual in mind.

One idea behind Sanskrit is that it is a language purposely composed to replicate internal sounds that arise from the subtle body during meditation. The idea is that bombarding the chakras internally with these sounds via mantra dissolves the granthis or psychic knots that prevent one from removing the veils of illusion and self-actualizing and self-realizing. 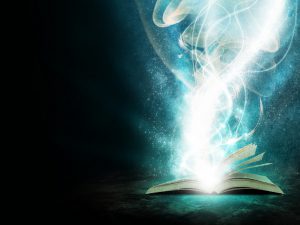 A mantra is a like a battery. You charge it every time you say it. Mantras are meant to be repeated often (as you think, so you become) – sometimes with the recommendation being a million times! Mantras work best when accompanied by feelings of connection, meaning and purpose. Chanting a mantra with no passion for it is like baking a cake without icing.

Here are some ideas for mantras, some are traditional, and some are not, and there is nothing definitive about it.

Typically the first half of the mantra is repeated on the inbreath, and the second on the outbreath. Start with 5 minutes after waking and 5 minutes in the evening or before sleeping. 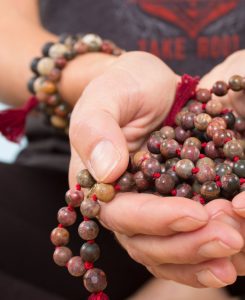 You can use a mala when you repeat your mantra, traditionally this is done by holding it in the right hand and moving to a new bead with your thumb and last three fingers. The idea is that the index finger is the finger of ego so you wanna keep that guy at bay. You can say one mantra per breath, or, if you are feeling agitated or anxious, say many quickly for a while before slowing it down.

Right now there are so many people who need support. The world needs help and a little magic couldn’t hurt either. I’m not suggesting you should try to float feathers up from desks, but what could a mantra lighten a little in your own heart? And how could your own lightness help to reduce the suffering of others?