I took a famous yoga teacher’s workshop once where we descended into the inversion trenches – it’s dangerous down there.

It was 2003, when you could say things to large groups of people and not be called out in a viral video the next day. The wildly popular teacher told us that those of us who had lost the curve in our cervical spine would be practicing headstands on our foreheads in order to learn how to “reclaim the curve.” 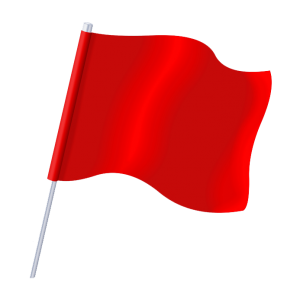 The woman on the mat next to me, earnestly trying to reclaim her curve, fell on the pile of blocks next to her mat. She was wincing and in tears. The teacher came over and told her to “open her eyes and not indulge in the pain.”

Headstands are not my thing (and, I never studied with that dude again).

But I get it. Some people love headstands. If you love them and do them and get a lot out of them, I salute you! But I also cringe at the thought of what is going on inside many bodies (even if you are holding your weight primarily in your forearms). Personally, I choose not to teach them.

A few years later, I had a student in her early 70s who decided daily headstands were good for her brain.

I objected. I was worried she’d hurt her neck.

She persisted. One day I realized I hadn’t seen her for a while. Soon after she told me that she detached her retina and was laid up for a couple of weeks after the surgery. Well, that’s one way to put the kibosh on the headstands.

Another time a student came to me with a request. He’d been all over town and NO one was able to help him nail the perfect shoulder stand. 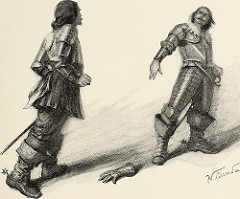 You have thrown down the gauntlet, sir!

I was sure I could help him find the Holy Grail, the queen of inversions! After a couple sessions and a truckload of props, it became apparent that his body just wasn’t cut out for it. What about legs up the block? I offered, feebly. He let me know that he was not impressed. Epic fail.

My last inversion anecdote is personal. For years I thought if I could just get my shoulder stand right and alternate it with the perfect fish, my Hashimoto’s thyroid disease would evaporate. Eventually I gave up. I feel much better now thanks to medication and I am humbled (and slightly embarrassed) by my magical thinking about asanas.

Don’t get me wrong, inversions are really good. Legs up the wall, block, or the couch (sometimes while watching Netflix) is something I make sure to fit in almost daily. 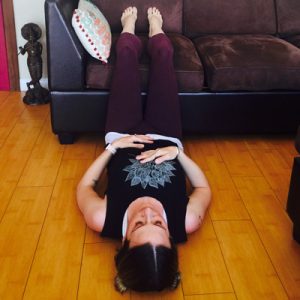 But the primary mechanism that we activate in shoulder stand and headstand is the baroreflex, not T-3 production or better brain blood flow. I’m not saying inversions aren’t good for your thyroid and/or brain, but we just have no scientific evidence about that yet.

What we can say, with some amount of certainty, is that when you get upside down, you initiate changes in your blood pressure. We have pressure sensors in our hearts and carotid arteries called baroreceptors that get a little concerned when we are upside down. 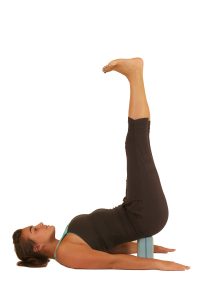 When you do an inversion like legs up the block or even downward dog, your head is lower than your heart and all that blood in your legs is suddenly coasting toward your heart more easily. Gravity alters the speed and ease of blood flow and your baroreceptors start to stretch. (***EDIT – I have been schooled! This is wrong and I apologize. Blood does not flow any faster (lymph does), but blood pressure does indeed change.)

This stretch signals the Central Nervous System to send a cascade of chemical responses intent on lowering your blood pressure. This is why inversions are so very relaxing for so many people. They stimulate the relaxation response.

Most adults spend the majority of their time either sitting, standing, walking or sleeping, and perhaps a little bending over to do the laundry, pick up the newspaper, or pet the dog. In yoga asana practice we do all sorts of other things – lateral bends, forward bends, back bends, and twists from positions including standing, lying on our backs or stomachs, and/or kneeling. And then we also do inversions. All these different positions challenge your baroreceptors in ways that they don’t typically get challenged in normal adult activity.

Your blood pressure has to adapt to the different postures, and that’s why inversions (and many other postures), can help to trigger the relaxation response. They help to build physiologic resilience.

Inversions are great! Do them!

Just don’t buy into the idea that you have to nail a perfect headstand to get to yoga heaven.

Here are a few of my faves: 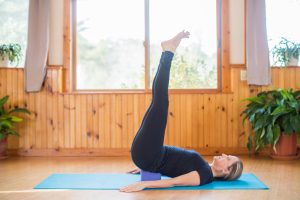 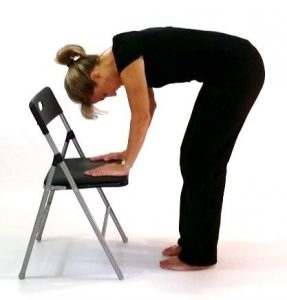 If you would like to know more about the benefits of inversions, when not to invert, and inversion sequences, you can download my new free guide, “Invert! The Why and How of Safe, Transformative, Sustainable Inversions.” Download it Here!