The Yoga of the Metaverse – Part 1

It’s 1986 and I’m in college at a Jesuit university where I meet this diffident professor named Father King. Father King teaches the philosophy of Pierre Teilhard de Chardin, an exiled mystic priest who tried to reconcile theology and evolution.

So, like the good Catholic rebel girl the Jesuits are training me to become, I take all Father King’s classes and frequent his slightly trippy midnight masses (before I jump the catechism ship completely, but that’s another blog).

A hundred years ago Teilhard introduced the noösphere, which, he argued, is a third phase in the evolution of the earth (after the geosphere and the biosphere) emerging as the collective human mind begins to alchemize resources to accelerate the development of consciousness. 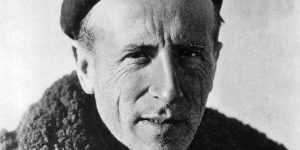 Perhaps Teilhard was anticipating the internet – or at least what it might have become without Zuckerberg, Google, and hypercapitalism?

The internet is obviously not the omega of Teilhard’s vision.

But it has been a useful tool for bringing folks together in previously inconceivable ways – and in this sense it may reflect an evolution of human consciousness – despite the obvious signs of backlash like bad medical advice and Oscars memes. 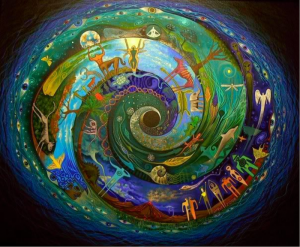 S0… let’s talk about the metaverse.

Wikipedia says the Metaverse is “a network of 3D virtual worlds focused on social connection.”

When I first heard about it, I had a Lipitor commercial moment, “You may experience sweating, nausea, and dizziness.” You mean the virtual world is morphing into an even bigger, even more efficient, even more reality-sucking black hole?

But maybe it won’t. Although there’s a lot of hype about it, we don’t really know at this point what the Metaverse will look like – all we know is that things are changing in the virtual space and virtual reality is growing.

I’d like to think that maybe we will be able to utilize the Metaverse, as it emerges, not just as a massive virtual reality pit of meaninglessness, but as a way to energetically enhance our perceptions and guide them towards a deeper experience of subtlety, and perhaps even spiritualty.

Maybe the Metaverse could somehow support the development of empathy, compassion, wonder, awe, and connection. Maybe it will become something other than a nihilistic garbage dump. 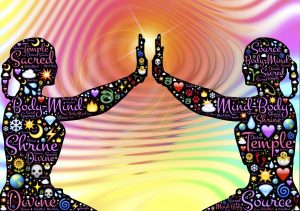 Yoga and the Metaverse

Yoga is already happening in the Metaverse, but I’ll write about that next week.

What I want to write about today is how we could look at the growth and development of the Metaverse from a yoga perspective. If we consider one of the Vedic ontological models, the doctrine of Śārīra Traya or the three bodies, which basically says that spirit causes mind which causes matter – then the stuff the mind creates and manipulates, like the internet, may ultimately have emerged to support human growth and evolution. 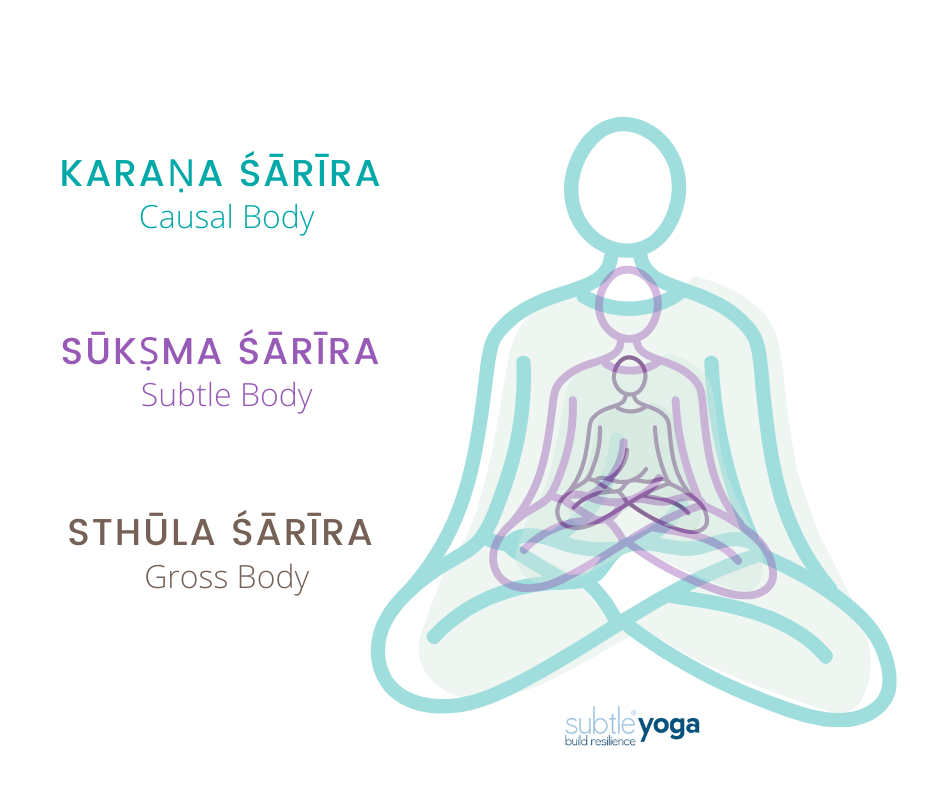 In this light, the metaverse could become a powerful tool for at least one version of the goals of yoga – union. If there is a pranic force of evolution that drives the expansion of consciousness, perhaps the metaverse is actually emerging as a manifestation of that force.

According to yogic teachings, humans aren’t here just to survive. We engage with the world to exhaust karmic residue and further our self-understanding, self-actualization, and self-realization. To this end we manipulate the world. We develop and refine our tools and technologies – both internal and external. Yoga practices evolved to further the desire for introversively revealed self-knowledge.

The biggest obstacle that stands in the way of the mind introverting and more deeply understanding itself is distraction via the sensorimotor system. Our senses, as they engage externally, reify the illusion that we are isolated, separate, and disconnected from each other and everything else. Our senses distort our perception of reality. 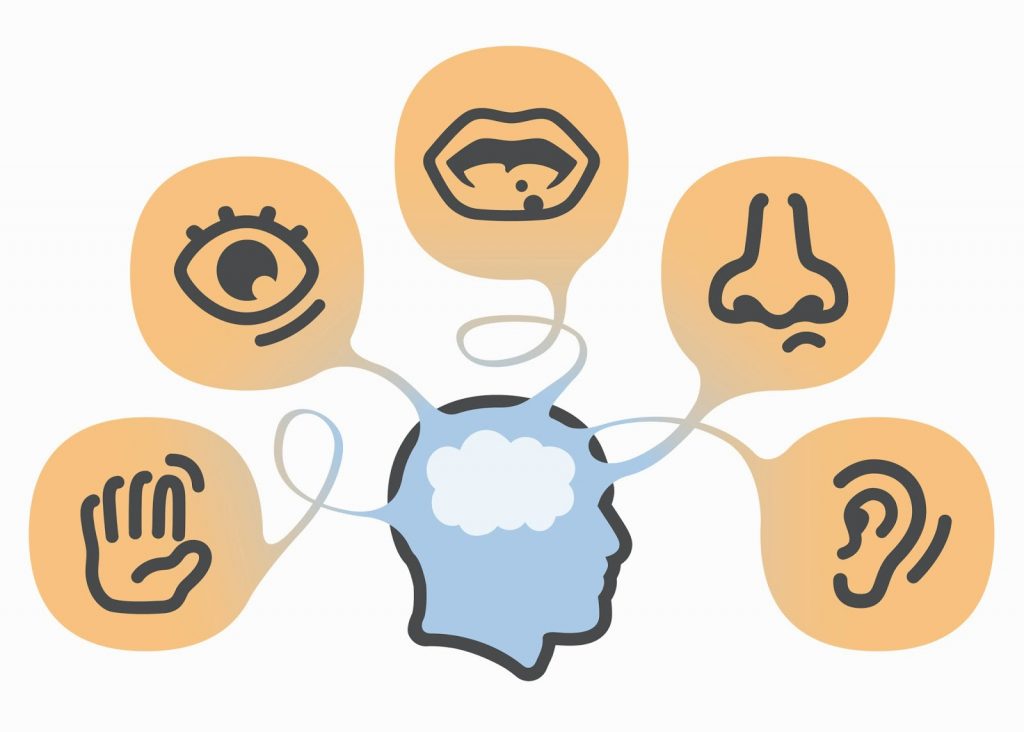 Because whether you use the lens of yoga philosophy, quantum physics, or ecology, the reality apparent all around us is that everything is actually intimately interconnected and interdependent, not isolated and discrete.

So perhaps this enhanced reality emerging Metaverse could be used as a tool to deepen our understanding of our interconnection via subtly developing our senses – using them in a more refined way to better understand ourselves and our world. 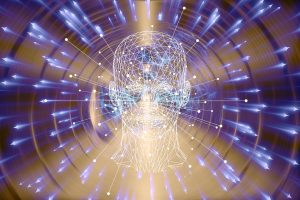 Perhaps the metaverse will take meditation apps to the next level and help people develop greater subtlety of mind, increase interoceptive awareness, a greater capacity for discriminating what is meaningful vs. what is illusory (viveka), and an increased capacity to tune into and manipulate the senses and even the subtle body.

Perhaps engaging in the Metaverse will help us both better understand ourselves and each other. 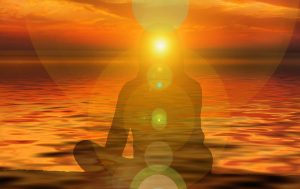 If the internet is a manifestation of the noösphere and the metaverse the next step in its evolution, then the question of HOW we use this technology to further the goals of unification inherent in yoga philosophy and practice becomes increasingly relevant.

We’ll have to make choices and employ frameworks of ethical inquiry like the yamas and niyamas. We’ll have to develop an increasing capacity for discrimination about what reality we want to engage in and how the Metaverse can serve the journey towards union. And of course the market forces aimed at distracting our minds are huge – the metaverse may even become a battle ground for dharma.

Perhaps humans longing for dharmic connection will help convert this digital space into something subtle, sublime, and internally orienting. I think it’s okay to be optimistic – how else can we participate in creating a world we want to live in – real or virtual?

I’d love to hear your thoughts – please leave a comment!

In the second part of this blog I’ll be talking about some practicalities of teaching in the Metaverse.