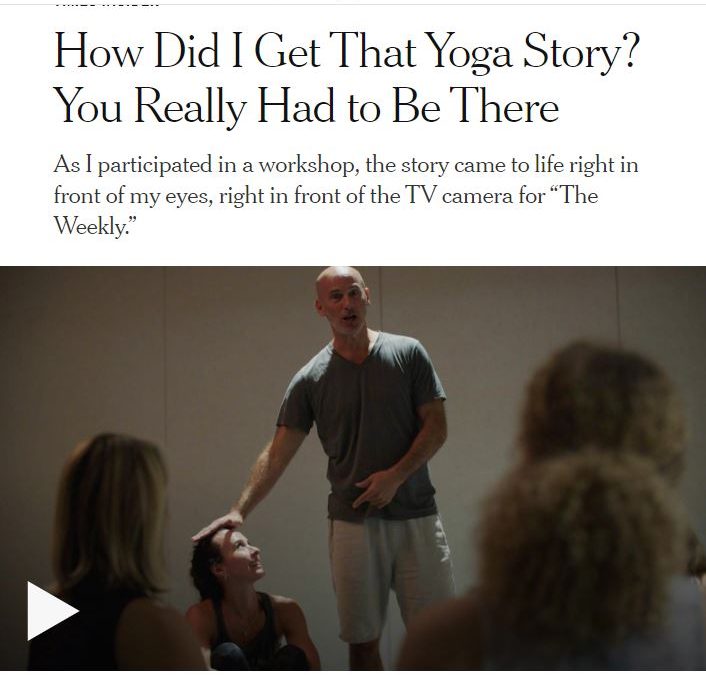 TRIGGER WARNING – please be advised that some of the content as well as the graphics of this article may be triggering.

Wow. Sexual misconduct under the guise of “yoga adjustments” gets called out in The New York Times? This sh#t’s getting real.

Flash back to the late 90s.

I remember seeing pictures of Patabhi Jois, in his Calvin’s, pressing his body up against a leotard-clad female student and wondering, “How the hell is he getting away with that?”

But, believe it or not, it was considered good (though no one could quite say why) yoga teaching back then. I felt like the little boy in The Emperor’s New Clothes, except, I’m an adult, so like all the other adults in that story, I basically just blew it off and decided to stay away from that dude. 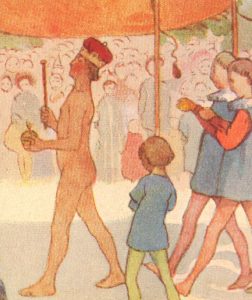 As you are probably aware, several students have recently accused Jois of sexually assaulting them while giving them “adjustments.”

In India it would never fly. One ashram I stayed in would not even allow men and women to practice asanas together.

But in the latter part of the twentieth century, California was literally the wild west for this kind of behavior because American yoga students were typically uninformed about the customs of Indian culture, and believed they should trust this guy, and that he knew what he was doing, and there was nothing to worry about.

I had a student back then who had studied with Jois in Hawaii in the 80s and told me that he was known for being “handsy” and so, mostly, she just tried to avoid his adjustments. 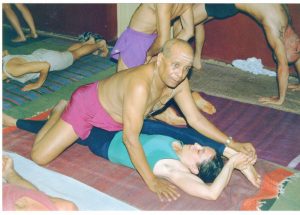 I’ve just moved to yoga-mecca Asheville, North Carolina. The vinyasa culture (which, to be clear, was spawned from Jois’ work) is dominant. And there are lots of “juicy assists” (i.e. pressing your body up against your students for reasons that eluded me then and continue to now) going on. Yoga teachers can even take workshops to learn how to give “juicy assists.” And many of the popular teachers are playing the game. 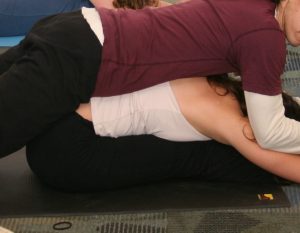 I stay away from that and try to forge my own path by focusing on therapeutic yoga and reaching those who may not be interested in participating in that particular kind of yoga studio culture.

I’ve been training teachers for a few years, but now I start my own teacher training programs and bring in a psychotherapist to help trainees better understand the emotional ups and downs of their yoga journey, and also to help them get clearer about the ethics of teaching such a personal, intimate, body-centered practice.

I am very minimal about hands-on adjustments. I have no problem with touching people (I’ve actually been a massage therapist for years) but I think adjustments, particularly full body ones, are a loaded gun and largely unnecessary. Even reasonable, less invasive adjustments should be reserved for helping people avoid hurting themselves and only with permission – folks need to have their own experiences and learn to trust their own bodies.

But some of my trainees want to know how to do hands-on adjustments because they’ve internalized the myth that they can’t be good yoga teachers unless they know how to manipulate others’ bodies into the “proper” form of the asana. I spend a lot of time untangling that thinking.

EDIT: I had a gif up here from the movie Couple’s Retreat because I thought it was funny and that the scene perfectly captures they dynamics of this problem. But someone complained about it being a trigger and I agree, I was not as sensitive as I could’ve been, considering the nature of this post. So, I took it down. But if you’d like to watch the yoga clip of the movie, it says it all. here’s a link.

For over a decade the yoga world has had access to great information about trauma informed best practices – spearheaded by Elizabeth Hopper, David Emerson and their groundbreaking work with yoga at the Trauma Center in Boston. I took my first workshop about trauma sensitive yoga in 2010 and felt like I was a little late getting there.

And let’s not forget that the #metoo movement explodes in 2017.

And yet, on Monday The New York Times releases a video shot in 2019 during a yoga festival (in Asheville, ironically enough) of a teacher so egregiously ignorant of this information that he continues to share his “diaper change” adjustment during his workshops. My Facebook feed explodes with outrage. 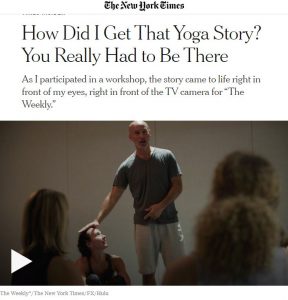 A real-life friend comments that she feels embarrassed to call herself a yoga teacher.

And while I appreciate that his female students in the video are trying to help him wake up and smell the twenty-first century, what I find mind-numbing is that there are yoga teachers still pawning this garbage off as expert teaching.

Yoga is about waking up – and woke women need to step up.

We need more trauma-informed women in positions of power in the yoga world, and we need to stop giving away our power and believing that through some magical process, random teachers have been imbued with a wisdom that casts them as the definitive authority of women’s bodies and minds.

In the early 2000s, I felt compelled to keep these opinions to myself. I would’ve been ostracized and gaslighted as “unyogic” or “too negative” (and also, my personal fave, “too intellectual.”)

The good news is that things are shifting.

Now it’s not only acceptable to say these things, it’s essential to call this stuff out in order to end the institutionalized legacy of sexual misconduct in the yoga world. It’s been a long time coming, but change is finally happening.

For me, personally, it’s incredibly validating. And it’s exciting to be riding the crest of this wave.

You are a woke yoga teacher, so whatever your gender, let’s all do this together. Even if it seems like everyone should already be on the same page, clearly, we still need to have frank and open conversations about adjustments and gender power dynamics.

Interested in sharing your work with people who really need it? Please watch the second video in my series about creating a thriving, sustainable yoga career here.

If you haven’t seen the first video in this series, you can check that out here.

You can watch the NYT video here.