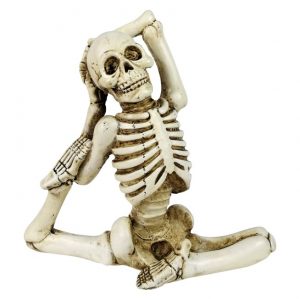 Over the past few months I’ve seen a lot more cries of outrage at the Instagram craziness that plagues the cyber yoga world – which is great (though I confess, I really wish people had starting talking about this 10 years ago – but at least it’s on the table now). Yoga teachers use Instagram images to promote themselves and that’s fine – but hypermobile posture art is not only dangerous for the teachers, it also conveys the message that good yoga practice is basically a quasi-spiritualized Cirque du Soleil performance and that if you want to be “good” at yoga (or even worse, good at teaching yoga) you need to play the game. 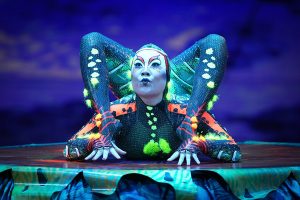 But perhaps that’s because yoga, over the past 25 years or so, has been fermenting in a stew of thinking that promotes hypermobility as the holy grail of good yoga.

I don’t think that yoga teachers need to sacrifice their bodies at the altar of Instagram to be successful. 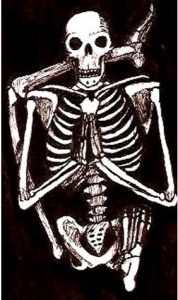 Rather, I think that if you look beyond gyms and studios you may find many people who could really benefit from your expertise and who are not interested in extreme, hypermobile postures – they just want to feel better and be more comfortable in their bodies.

The 2016 Yoga in America survey showed that only 1 out of 10 people do any yoga at all in a given year. That means there’s a huge number of people who could benefit – if the practice was taught in a way that really speaks to their needs. 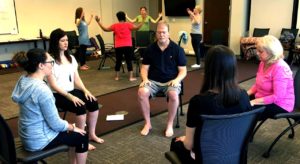 I’ve been working on a short, free video series about finding success as a yoga teacher without sacrificing yourself to the cult of Instagram. I mean, I’m kind of being silly here – but it’s very real – exploiting hypermobility eventually leads many teachers to surgery. It doesn’t have to be that way.

You can check out the first video here.