Harry Potter and the Queen of the Chakras

Today I’m going to write a little about Madam Blavatsky, the founder of the Theosophical Society, and the huge influence she’s had on the way that chakras are discussed and taught today in the west. I’d like to acknowledge and thank Kurt Leland and his excellent scholarship that I’m going to draw on here.

But first, let’s visit Harry Potter land for a minute.

I want to set the stage with the boy wizard’s world because J.K. Rowling’s tales and Victorian-ish costumes and settings provide a peek into the popularity of occultism in Europe and the U.S. at the time Blavatsky encountered the chakra system.

In Rowling’s wizarding world, magic, mysticism, and talking to spirits are all commonplace – her fantastical tales can be understood as a sort of montage of the Victorian fascination with Spiritualism, mediumship, trances, and séances.

When I was a kid, we had a Ouija board. We’d go down to the basement, turn down the lights, light candles, and pretend that no one was pushing the plastic pointer as it revealed cryptic messages. We also played “séance” a lot, lifting each other up with two fingers while chanting “light as a feather, stiff as a board.”

Much like people who are heavily invested in the western chakra system today, little did we know that our games originated in Victorian parlor fascination with spiritualism.

Blavatsky was born in 1831 to an aristocratic Russian family. She spent a lot of her youth traveling. In America, she became a medium and claimed to channel the messages of ascended masters. The masters told Blavatsky that they had great spiritual wisdom and supernatural powers. Through her, they were reviving ancient knowledge and sharing it with the world. In 1875 in New York, she and her friend, Colonel Henry Steel Olcott formed the Theosophical Society with the intention of researching mystical teachings. 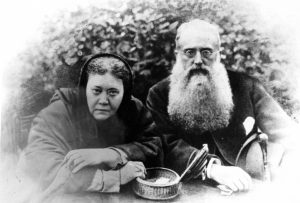 Blavatsky and Olcott in London, 1888

In 1879, Blavatsky and the Colonel traveled to India, via England, France, and Egypt. Blavatsky believed that the Indian culture had long lines of unbroken lineage to the masters she channeled, and it was there that they would discover the deepest occult teachings.

Everywhere she and the Colonel went in India, they were greeted by large groups of Indian admirers. Of course racism was alive and thriving in the nineteenth century. In fact, it formed the entire basis and justification for Western imperialism. Racism disguised as science was used to write off whole cultures as barbaric and uncivilized – qualities that stuffy Victorians found particularly distasteful and in need of immediate rectification. 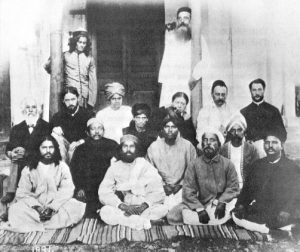 So here are these white people – Blavatsky and the Colonel – arriving in occupied India saying that they want to learn something from traditional Indian culture. That was unprecedented.

Most Indians would not have previously encountered white people in positions of privilege and power who took their culture seriously, so Blavatsky and the Colonel became rock stars. 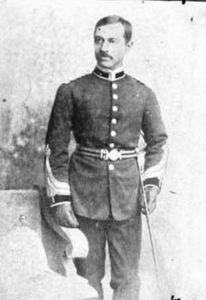 Baradakanta Majumdar and Baman Das Basu were two Indian writers who helped explain the tantric chakra systems to Madame Blavatsky and the Colonel. Blavatsky subsequently expanded upon and claimed that she “improved” the hatha yoga chakra system by adding features like being able to see others chakras through clairvoyance, correlating them with the western musical scale (diatonic scale), as well as correlating them to glands, nerve plexuses, and colors. Blavatsky elaborated on the tantric system, added many of her own ideas, and then taught and wrote about it extensively. 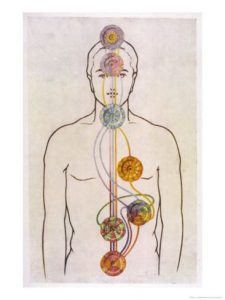 From The Chakras, by Charles Leadbeater, 1927

She passed on her version of the chakras to her students including Charles Leadbeater.

Leadbeater’s book, The Chakras, which was originally published in 1927 remains, to this day, the most popular publication from the Theosophical Society and has sold millions of copies. It’s Leadbeater’s book that forms the basis of subsequent New Age chakra books like Anodea Judiths’ Wheels of Life. But it was Blavatsky, in her Harry Potterish milieu, who should be recognized as the original queen of the western chakra system.