Hanging Out with Kauri Trees 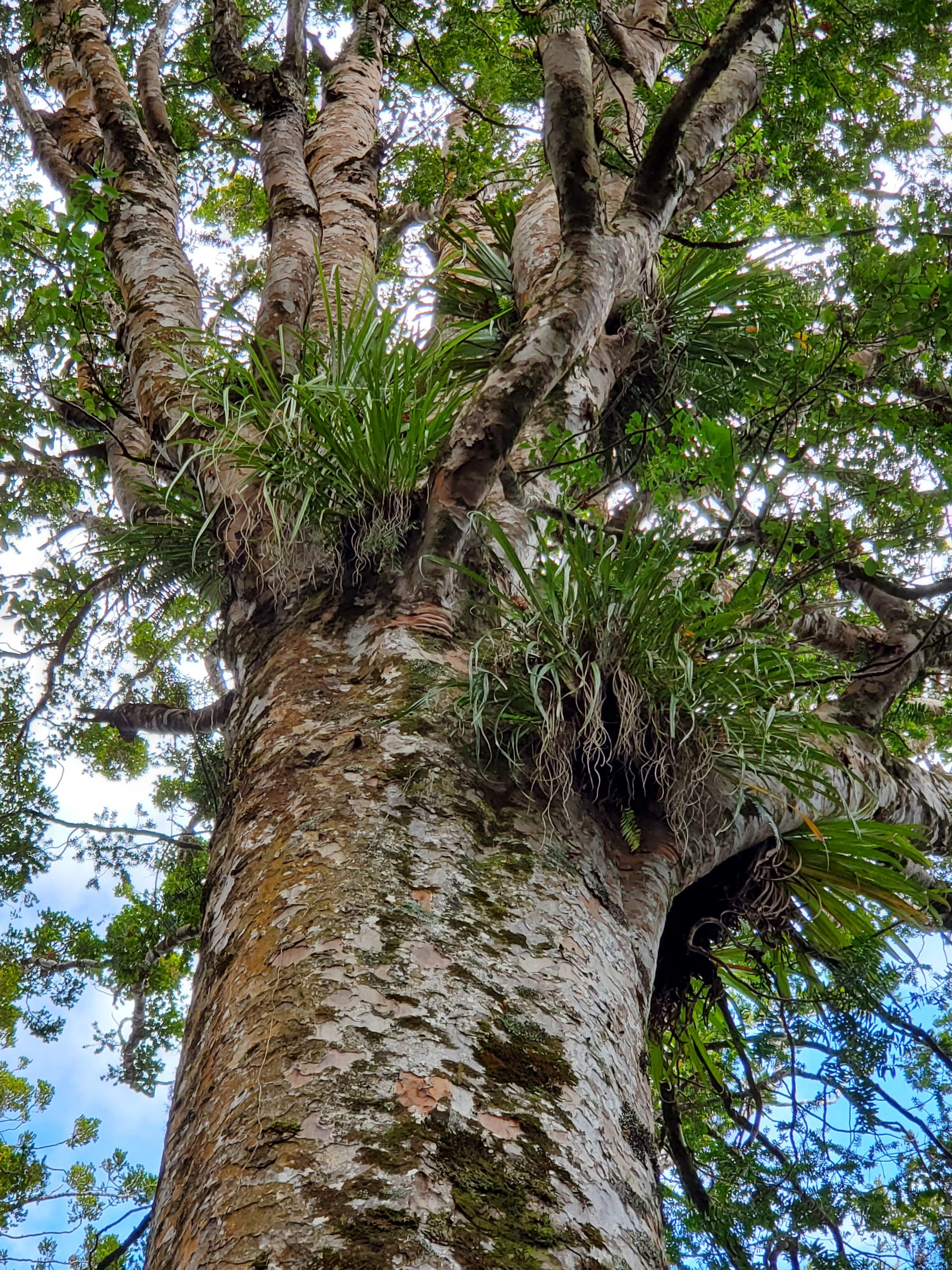 On Monday my husband’s friend Rob, invited us (me, Brett and our son Bhaerava) to go on a “nature healing walk” with him. Rob is burly, sweet, and deep. He originally hails from Holland but now lives north of Auckland in the forest. He wore a single tooth earing that I never got around to asking him about. How to best describe him? He’s both earthy and mystical – like if Hagrid and Elsa had a baby.

Anyway, Rob took us to a preserve of Kauri trees near the town of Kerikeri (and we went to other preserves near Whangarei as well). 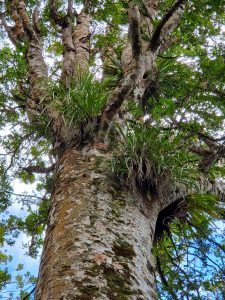 Traditionally, the Kauri have been sacred trees to the Maori because they are the great protectors of the forest and many species of plants, animals, and birds shelter in or beneath them. Some Kauri are adorned with lianes, twiney, bushy plants that sprout from their boughs and remind me a bit of orchids without flowers.

Traditionally, large Kauri were ceremoniously named and revered as stewards and chiefs of the forest. 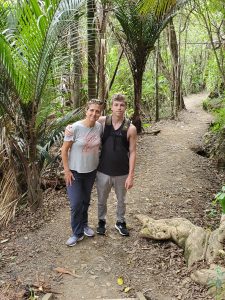 Rob took us under a lush canopy and had us gently touch the trees and listen. He told us the trees hold the stories of the land and the people in their subtle vibrations. Many are 200-300 years old, some perhaps 2,000 years old.

At the foot of a tree Rob pointed out two big Kauri snails and some iridescent cerulean (and highly hallucinogenic) mushrooms called Blue Meanies. The amber sap of the Kauri drips out and solidifies into big chunks – sometimes preserving insects or salamanders for hundreds of years. 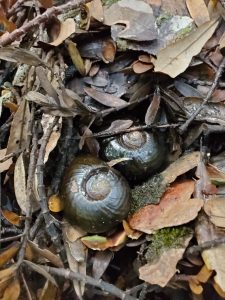 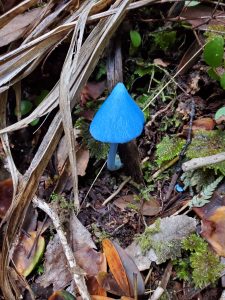 Unfortunately, these majestic trees are dying from a mold/pathogen that targets their root system. When we walked into the forest, we had to clean and disinfect our shoes and stay on the path to avoid any further contamination.

Here’s a video of my son demonstrating how to clean your shoes before and after entering a Kauri forest.

“Of course, it’s about their immune systems,” Rob told me, “not just the pathogens. They are struggling with immunity in the same ways that humans are – which makes sense. We are all part of the web and the web is in trouble.” 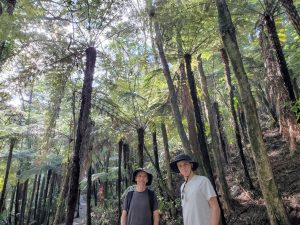 We also walked under clusters of tree ferns or Mamaku. They are the biggest ferns in NZ/Aotearoa and can grow as high as 20 meters. I was drawn to rub my hands over the lovely detailed, symmetrical patterns on their trunks. Some of them are covered in moss. 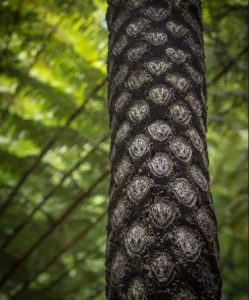 The peace and quiet in the forest was occasionally punctured, almost exclusively, by the calls of Tui birds who sing a sweet, longing-filled song. We also saw fantails who are so cute and curious, they like to find branches at about your eye level, twitter around, and talk to you a bit. 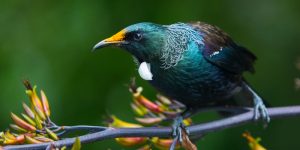 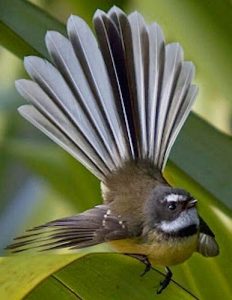 Spending the afternoon in the forest cathedral with Rob was powerful and sacred. I asked him about his healing methods. “I used to talk and explain things about the plants, but I realized that it wasn’t so helpful,” he told me. “So now I just ask people to sit with the trees, be present with them, and listen. That’s all. The forest does most of the work.” Which reminded me of similar sentiments I’ve heard wilderness therapists express.

When we emerged I felt like I’d been plugged into and recharged by a force way beyond my rational mind. I feel like my adrenal glands and nervous system long for (or even demand) these kinds of experiences. 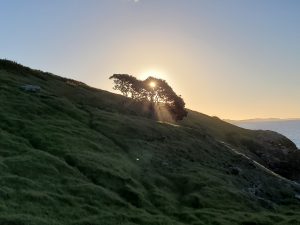 We flew back to Christchurch the next day but the feeling of interconnectedness has not abated. I sort of feel like I got initiated by the trees. Now, I want to keep touching them and listening.

When I told a friend that I was moving to New Zealand she said, “Ah, you just wait and see – it will work its healing magic on you.” Yes, there is magic here – but, honestly, I think there’s magic everywhere. Sometimes it just takes a nudge from a special person to help us tap into it.

If you’d like to know more about Rob (he’s also an artist) check out his photography here.