Dodging the Adjustment Police and why Function Trumps Flexibility 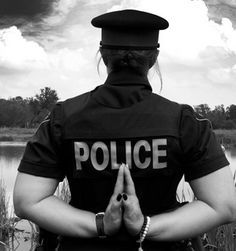 I tried to hide in the back of the room but they found me anyway – the adjustment police that is. They had eyes everywhere, particularly on me as I was definitely the least flexible person in a sea of Cirque Du Soleil ready yoga teachers, so I was easy to spot. And they wanted me bad. Because that’s what you do when you’re an assistant in a famous, flexible yoga teacher’s workshop – you adjust, and you make the inflexible flexible. 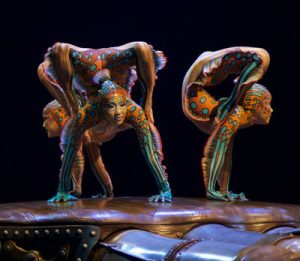 There were two levels advertised for the workshop, one for “beginners” and the other for “advanced” students.

And though I wasn’t very flexible, I also wasn’t a beginner. I’d been practicing for 13 years and teaching for 7. Still I knew, even way before we got to Hanumanasana, that I would stick out like a sore, stiff, inflexible thumb. But I went anyway, the teacher was huge and everyone was talking about how great he was, so I wanted to see for myself. 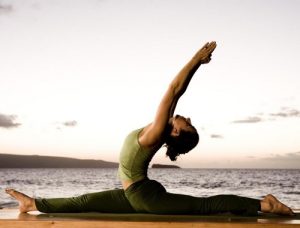 He called a student up in front, put his pelvis right up to the guy’s, held his lower back and told him to drop back into a backbend. Which was effortless and gorgeous. Peals of approval from the room. The teacher said, “The reason (I’ll call him) Evan is so good is because he does exactly what I tell him too.” More peals.

I felt relieved that I wasn’t up there because there was no way I was going to be doing anything exactly the way he told me to. I would simply hurt myself. So, I kept trying to hide in the back, but the police were watching.

Next was pigeon. We were instructed to do it as a group.

I felt the hand of the law on my shoulders and then a lot of pressure sinking down into my lower back and hips. She was determined to get me into a good-looking pigeon. But I resisted arrest – it wasn’t the first time I had been adjusted in that workshop but this was the strongest and it was feeling dangerous. I put my hand up and said, “Enough. You need to back off with the adjustments, I’m okay thanks.” She was a little shocked, but she didn’t touch me again for the rest of the weekend, thank goddess. And she must’ve spread the word because the rest of the police in the room left me alone too. 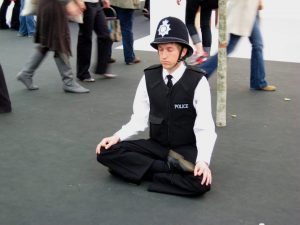 The woman next to me fell over onto a pile of blocks next to her mat. She was curled up into a ball wincing. The teacher came over and made her stand up. “Open your eyes,” he said. “Do not indulge the pain. You are okay.”

Two days was enough for me to know that any trip I thought I might go on with that guy was cancelled. 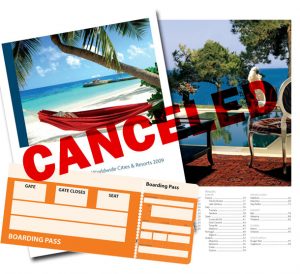 But it would be another decade after that workshop before he and his style came crashing down like a house of cards. In retrospect, I believe that crash marks an important shift in the yoga world from a focus on flexibility to a growing interest in function.

In general, you have to slow it down and do less. 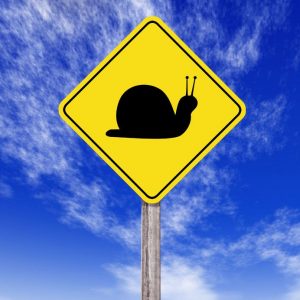 Staying well below the end range of motion is a good rule of thumb.

I’m not saying the quest for the flexibility grail has ended because it definitely hasn’t. The conversation and focus need to continue to shift away from flexibility and toward function. Sure for some folks more flexibility is useful, but once you have a achieved a reasonable level of it, pushing it further is generally not a good idea. 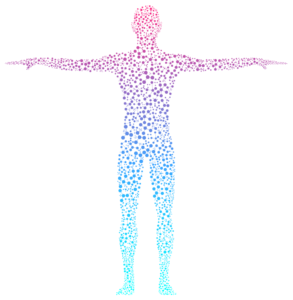 That goal doesn’t require a gymnastic worthy amount of flexibility – but it does require a keen sense of your body, and your movement patterns, and a capacity to adjust the patterns that cause pain and dysfunction toward patterns that are more freeing and functional.

Yoga practices can teach people to move with ease and comfort so why not use that for that purpose rather than chasing the ruse of flexibility?

I recently released a new class video with a script and stick figure cheat sheet. It’s free. Get access here!