Chakras – Somewhere Over the Rainbow 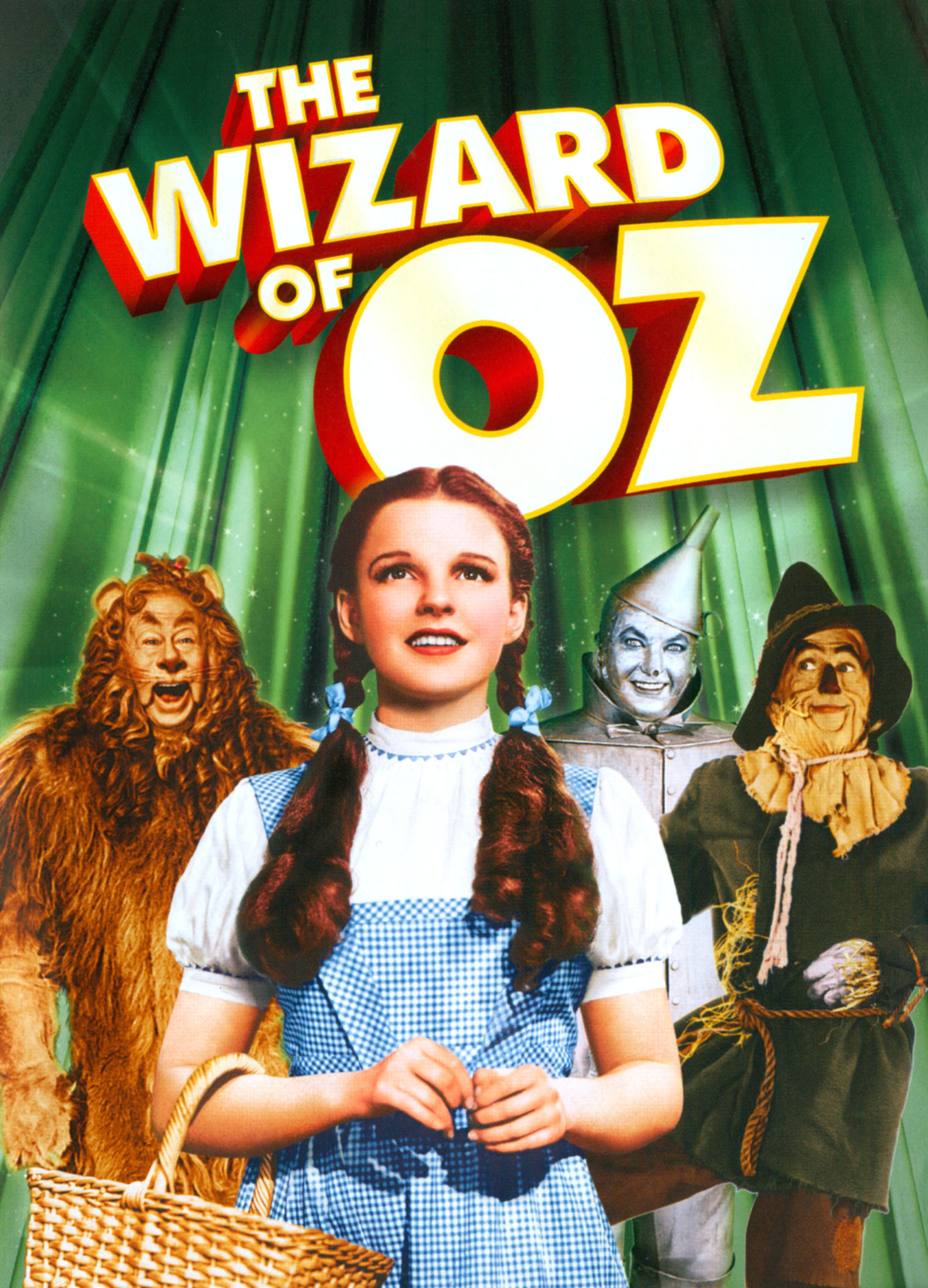 Once, at a festival, I saw a tent offering chakra balancing so I went in. The healer asked me to lie down on his massage table. Then he put magnets the size of hockey pucks on my lower belly, my solar plexus, and my chest. He started humming and moving about a bit. Picking up different objects, looking at them, smelling aromatherapy oils, and chanting something that sounded like it could’ve been mantras. 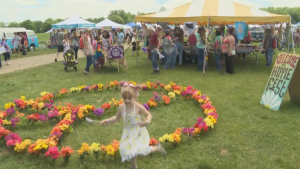 Eventually he chose a red stone and placed it on top of the magnet on my belly, kept humming, sat down at my head and sprinkled some essential oils on his hands. Then he closed his eyes and began massaging my shoulders and neck.

That was all fine.

But eventually his hands wandered to my chest and he began massaging my breasts at which point I told him I was done and got up. He said that was fine because my chakras were perfectly balanced at that point anyway and I must’ve intuitively known that. 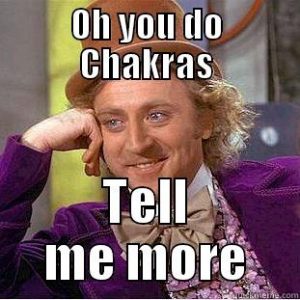 I was a grossed out, but the festival was full of scantily clad and/or naked people, dancing and enjoying themselves so I let it go (plus, I was young and much more likely to blow-off predatory behavior at that time in my life).

A few years later, in India, I learned that chakras don’t ever get “perfectly balanced.”

Perfectly balanced chakras and other dogma espoused by people like the way-too-handsy dude at the festival come from relatively recent western chakra theory.

My Indian teachers taught that the chakras are always a little imbalanced because that’s why we’ve come here to this life, to work through our issues. Balanced chakras (and they never used that term by the way) are essentially what happens when you fulfil your life’s work, achieve an immutable state of bliss, and merge back into Oneness. 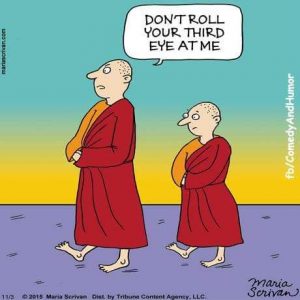 Yoga practice, particularly in the Hatha Yoga and Tantric yoga traditions, is about strengthening your central channel, the core of the subtle body, so that you can go deeper into meditation and connect to the flow of oneness, a supernal bliss that underlies all reality.

The information about yoga and the chakras I encountered in America was really different. In the west, chakras were much more about achieving individual psychological balance, fulfilment, and/or success on different levels. And there was a dogma about them – the rainbow, the oils, the foods, the “themes” were information that my Indian teachers dismissed, sometimes with a bit of disgust.

As for the rainbow – there is no rainbow in the traditional chakra systems, this info came from the west. 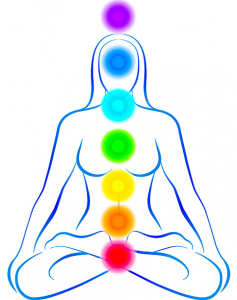 I did a little research because I really wanted to know how the rainbow got overlaid on the chakra system.

As hard as it is to conceptualize today, there was a time in the 20th century before color TV was widely available. When colorization happened, people were mesmerized and started to become fascinated by the idea that colors could be healing. In the 1950s, color therapy came into vogue. You can actually trace this interest back to The Wizard of Oz and the colorization of films. 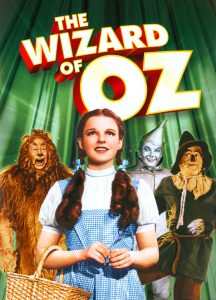 At that time, rainbows started to be understood as healing tools (Dorothy sang about it after all 🎶).

In the 1970s, a psychologist named Ken Dychwald (who is now an expert in psychotherapy for seniors) was working at the Esalen Institute in California. He was one of a few early, western, New Age chakra writers who overlaid the rainbow onto the chakra system. Another was Dr. Christopher Hills in his big, big book, “Nuclear Evolution.” (Later he became more well-known as the guy who said we could save starving humanity by growing spirulina on ponds). 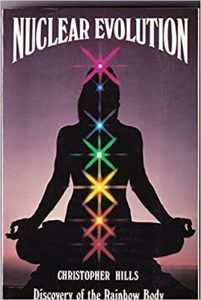 Seven is a fun, lucky number. So, seven chakras and seven colors fit together quite well. And while this may be a tendency that hails back to the eighteenth century and Emanuel Swedenborg’s Law of Correspondences, or perhaps even earlier to Johann Gichtel’s seventeenth century teachings about elements and planetary correlations, it does not have roots in traditional, Indian systems.

In the contemporary western chakra system, the rainbow colors were added by Dychwald, Hills and perhaps a few others writing, talking or chatting about the chakras in the 70s. Most of these authors were influenced by proto-New Agers, particularly Madame Blavatsky, Annie Bessant, and Charles Leadbeater of the Theosophical Society. 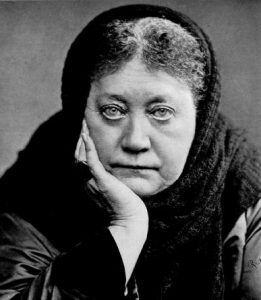 Besides the gropy guy at the festival, I’ve had other chakra healing session in the U.S. and many were relaxing, pleasant and in no way inappropriate. I’m not dismissing the western chakra interpretation.

But, the thing is, I’m a yoga teacher.

I want to teach about chakras from a yogic perspective, not from the perspective of folks who haven’t studied yoga, or those who prefer to use chakras as a way to pick up chicks.