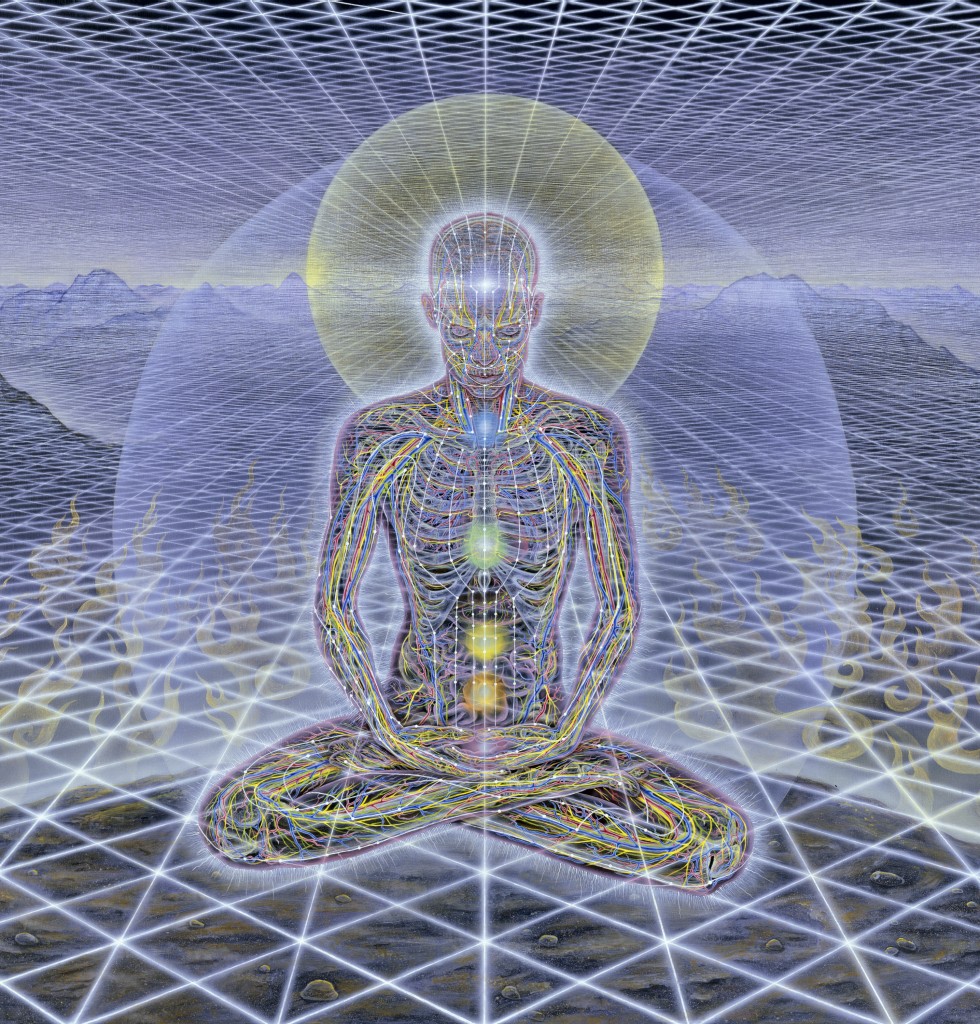 Over the past 30 plus years, I’ve spent a lot of time studying energy healing as well as receiving treatments from different kinds of healers.

Most of these experiences have been great.

Like the time I had the sensation of bubbles floating up and out of my kidneys, the time I slept for hours and woke up feeling like an emotional anvil had been lifted off my chest, or the time I had a visceral sensation that childhood trauma was dissipating from my belly.

But I’ve also experienced shams – like the dude who placed hockey puck sized magnets on my lower abdomen and solar plexus and then, pronouncing that he was going to “heal my heart chakra” started to massage my breasts. (I promptly removed his hands, the hockey puck magnets, my trust and my wallet, and marched outta there.)

Anyway, when it comes to energy healing, anecdotal evidence is relevant, and many people have had transformative experiences working with energy healers. But energy healing can also be fairly woo-woo – it certainly warrants a healthy skepticism.

How do we know that energy medicine has any basis in reality? What are the mechanism at play?

Enter the biofield (okay, technically biofields, because we have more than one of them).

Biofields are sets of forces distributed throughout the body that have physical properties. They encode information and influence the function of tissues and cells, as well as the extracellular matrix.

The study of the biofield and biofield medicine may be emerging as the cutting edge of medical scientific inquiry. 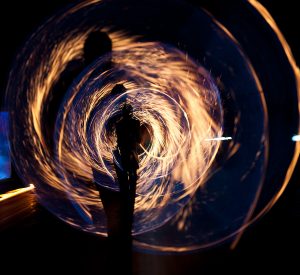 Neuroendocrinology became a thing when scientists discovered that nerve endings in the hypothalamus released hormones cuing the anterior pituitary to signal the regulation of endocrine tissues and glands – before that, scientists assumed that the nervous and endocrine systems were not connected.

Psychoneuroimmunology came about because scientists (like the pioneering Dr. Candace Pert) discovered that the immune response was suppressed by nerve endings adjacent to lymph tissue and therefore the nervous system has an impact on the immune response.

Today, the cutting edge of research could very well be the biofeld – and the leaps in scientific understanding may soon be Hanumanian (I think I just made up a word there, sorry 😬). 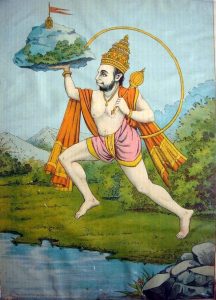 What’s revolutionary about biofields is that they make us re-evaluate how things are regulated in the body. We know that all regulatory systems – the endocrine system, the immune system, and the nervous system – are affected by chemicals. Chemicals like serotonin, oxytocin, acetylcholine, estrogen, and dopamine.

But now, science is showing that these systems are also affected by energy structures or biofields.

The body is crisscrossed with all sorts of things – blood vessels, nerves, lymphatic channels, immune cells – all interacting and doing their thing. But there are also biofields crisscrossing and interacting constantly with each other. These fields influence physical structures like immune cells, neurons and endocrine glands.

Biofields are important for growth, morphogenesis, wound healing, and regulating the stress response. 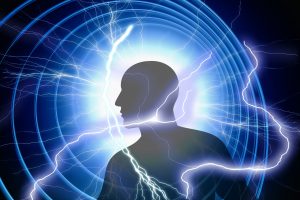 I cut my finger the other day while cooking. There was a bit of tissue damage, a little blood, and some pain. But soon, endorphins rushed in to bring relief to the area, the blood started clotting around the injury, immune cells jumped into action so I didn’t get an infection. In a day or two I had a little scab forming, after a week or so there was a scar. It wasn’t a very bad cut so eventually the scar will disappear too and my finger will be as good as new (or as new as a 56 year old finger can be LOL!)

When you stop and think about it – it’s extraordinary. My finger will return to its pre-careless-carrot-chopping splendor. But, I broke my favorite ceramic refrigerator magnet of a kiwi bird yesterday, and that, unfortunately, is permanent. Even Superglue won’t fix it entirely because it doesn’t have a biofield. 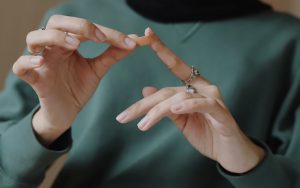 Wounds heal below the level of consciousness. The theory is that this healing is coordinated by biofields – they monitor and guide the repair.

Science attribute this ability to the biofield. 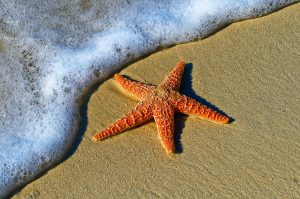 In humans, two of the most important biofields in the body dance around the heart and the head. The heart has the strongest rhythmic and magnetic field in the body. Its magnetic field can be recorded up to several feet away and its signals exert a strong influence over brain activity – we’re not talking chemical influence here – but energy.

The thing about these signals is that they are almost instantaneous – they don’t take a long time to get to the brain – they are much faster than hormones, and even faster than nerve impulses.

The brain also generates a field – which is probably used to coordinate the activity of neurons and for cognition. It may also influence circadian rhythms. 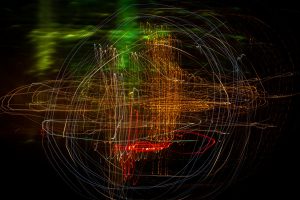 There’s a field that perhaps emanates from the pelvis in women that grows babies (biofield research actually started with embryology), which is even more mind boggling than the one that healed my finger.

It is possible that yogis encountered these fields in deep meditation and labeled them chakras.

Several scientists have already made this link including Candace Pert, and also Charles Shang who works at MD Anderson Cancer Center and teaches at Baylor College of Medicine.

Shang wrote about how chakras and acupuncture meridians are descriptions of similar phenomena:

The description and use of the meridian system and the chakra system as pathways of energy or signal flow evolved respectively from these two traditions… The activation of organizing centers is likely to be involved in the restoration of proper form and function in wound healing and stress response.” 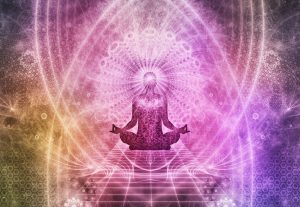 Another scientist, Shamini Jain, advocates for researching chakras and biofields and bringing them into medicine. She wrote:

I think Jain sums up the value of chakras in healing, as a nexus between consciousness and the body, quite well. She wrote:

The descriptions of subtle bodies in ancient traditions help us to understand how our ordinary consciousness—all the way down to our thoughts, words, and deeds—influences our mental, emotional, and physical states of being. They also help explain extraordinary states of consciousness, including human beings’ abilities to foster healing in each other through the use of vital life force. The vital energy body is where bodily life force energy (prana) moves and has its effects on physical and mental well-being.

Chakras are a phenomenon that warrant greater scientific attention and through research, we’ll begin to have a deeper understanding of what kind of energy healing makes sense.

Consciousness studies and Energy medicine are the future of medicine. Understanding how to work with biofields can be guided by an understanding of the chakras. Chakras may be the central nodes of the biofield.

The practices of yoga were originally designed to optimize the function of chakras. They hold great potential for self-healing. 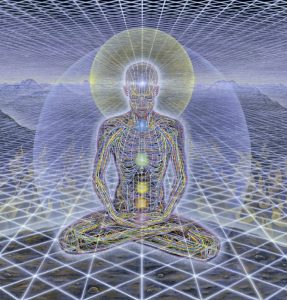 The causal flow that the yogis perceived is also important to consider in this discussion – the Consciousness (with a big “C”) that pervades the universe also lives within each entity. Individual consciousness is the force that creates the mind, which then creates biofields and chakras, which then create the body. (More on the “hard problem” of consciousness next week.) So, using yoga practices that acknowledge and retrace that causal flow may be important in accessing deeper potential for healing.

Rather than dismissing chakras as New Age nonsense, we need to give them greater attention. I believe developing a greater understanding of the potential science of the chakras, as well as the mythology delineated by the yogis (the collective unconscious aspect of the chakras) will spark a revolution in health and healing.

Please check out my online course, Chakras Beyond the Rainbow