Last Saturday, while visiting family in South Florida, I wandered into a yoga class.

Sometimes while I’m out of town, I just like to see what’s out there and try something new. So I picked a random class and went.

The lanky 20 something instructor did not face us, instead he faced the dark green wall with a giant “Om” stenciled on it and started the class. 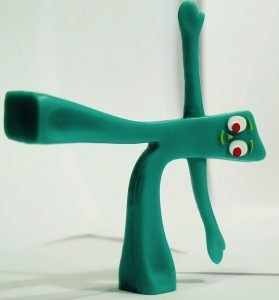 “Take your arms up, exhale and arch back,” he started. “Keep exhaling. Forward bend and. . .cellular memory.”

Then we did nauli or something like that for about 2 minutes.

He then reached his hands behind his legs, grabbed his elbows, and agilely slid down to his ankles saying, “Grasp your elbows, descend and. . . pranic flows.”

The guy next to me grunted.

The instructor put his palms flat on the floor and reached his right leg up vertically to the ceiling saying, “Forward bend split and . . . sacred geometry.”

The guy next to me couldn’t reach the floor so he didn’t attempt to take his leg off of it at all. The woman yawned and stretched her foot back halfheartedly. I stood up and waited. My body was not ready for a posture like that at 8:30 am after sleeping in my parents’ guest room.

He noticed me and said, “Is everything okay? Should I turn the music down?”

I smiled, remembering Princess Leia (ahem, I mean General Organa of course) in The Last Jedi, about to slap Poe Dameron’s face and say, “You’re demoted.” 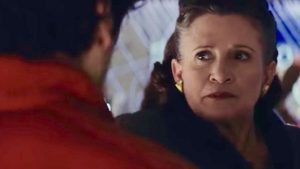 But we didn’t, except for a long twisted pigeon-ey thing at the end – I couldn’t help worry about the guy next to me and his lower back (his doctor definitely sent him). The class was fast, we never stayed anywhere for more than 3 seconds. I found myself wondering about the instructor’s vata and if he was a raw vegan.

I enjoyed some of the flowy movements and skipped stuff I know is bad for me, and had fun watching this lithe young guy’s contortions.

He told us to do an Ancient Egyptian ritual (although I couldn’t follow all the details and wasn’t sure if I was supposed to do it now or at home).

Śavasana – he said he would be giving us adjustments but we wouldn’t feel them because we were dead. But he didn’t move during śavanasa so maybe it was his etheric body adjusting me?

I thought I might inconspicuously depart at the end of class, but he stopped me and asked me what I did and what I thought of his class.

“I’m a yoga teacher and you know, you have an extraordinarily flexible and strong body.” (Feedback sandwich – praise, critique, praise.)

“Yes, that’s a lot. But you know, many people don’t have bodies that can do what your body can do.”

Then he got a bit defensive, “But I have students who are in their seventies who practice with me like three times a week and can do everything.”

“Yes, but what about the people who come once, who never return. They could be getting injured.”

His head cocked in puzzlement.

“You may benefit from learning a bit more about sequencing. And perhaps it would help your students if you faced them to guide them rather than having them follow along with you from behind.”

He looked sideways so I told him to start with Gary Kraftsow’s book, Yoga for Wellness.

He retorted by telling me about his superlative teacher who had rebranded another lineage that was disgraced by scandals several years ago. (Ah, there it is. Now we are approaching the source of the slap urge.) But like that previous lineage, it sounded like most of the practices were available only to the select few.

Unfortunately, this kind of teaching is still a big problem in our industry.

So I thanked him, smiled, and left to get blueberry oatmeal at Starbucks. 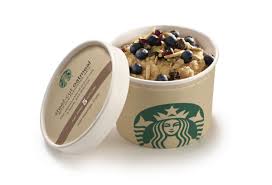 I know so many General Organa-like yoga teachers who deserve kudos and respect. They have studied for decades, can read their student’s bodies and understand their needs, know how to help students adapt poses to their benefit, how to minimize risk, they’ve spent endless hours studying biomechanics and kinesiology, and they refrain from performing or working out when they teach.

So I’m calling to all of you – Could you please step forward and save the Yogaverse?

The big issue is helping the public understand the difference between having a Simon-says yoga training and actually having some teaching chops. Being able to perform difficult postures is an entirely different skill set than understanding how to teach a largely sedentary population.  We need to educate the healthcare world about the therapeutic value of yoga and that not all yoga is created equal.

And we need to educate people looking to train in how they can find training programs that will give them the skills they need to work with lots of different people, not just the fit and flexible.

So, step forward, take your rightful place in the Yogaverse and be vocal.

The world really needs you!

If you liked this blog, you can also check out my new free guide for yoga teachers called “3 Reasons to Go Slow (a Cheat Sheet for Yoga Teachers)” Download it here!